Band is a cult, don’t let anyone else tell you otherwise. No, a marimba is not the same thing as a xylophone. *sigh*

WELCOME TO MY WALL!

Maybe Monday hates you too

-A friend of mine's yearbook quote

Age: Teenager (not getting any more specific)

Personality: I am a very quirky person. I love musicals, anything Disney and band. Expect the unexpected. I quote things a lot. Singing somehow works it's way into normal conversation.

Hogwarts House: Tough question. Technically on here, I'm Gryffindor. On other websites I'm Ravenclaw but when I take a test that gives me percentages, I'm almost even 25% for each house. But I identify as a Slytherclaw or a Gryffleclawerin. 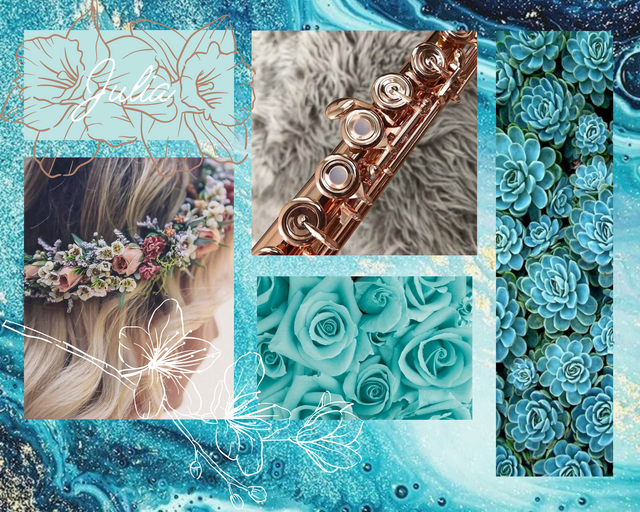 There comes a day when you are going to look around and realize happiness is where you are.

Personality: Prankster, takes after her brothers in several ways; she detests her parents though she loves her brothers; a caring, loyal friend

Appearance: Shoulder length, curly black hair; bright blue-grey eyes; average height that tends to be on the shorter side of things

Amortentia: ink, the smell of the wild, freshly baked bread

Background info: Rosaline Pleiades Black is Sirius' younger twin, but only by a few minutes. The two of them get into trouble often, howlers sent to school all the time. They ignore them however and they use them for pranks. Her parents say that she should be more like her younger brother Regulus but she can't be a Slytherin or a true Black.

Extra info: She doesn't open up about a lot of things; for example, she has scars on the back of her right hand from blood quills 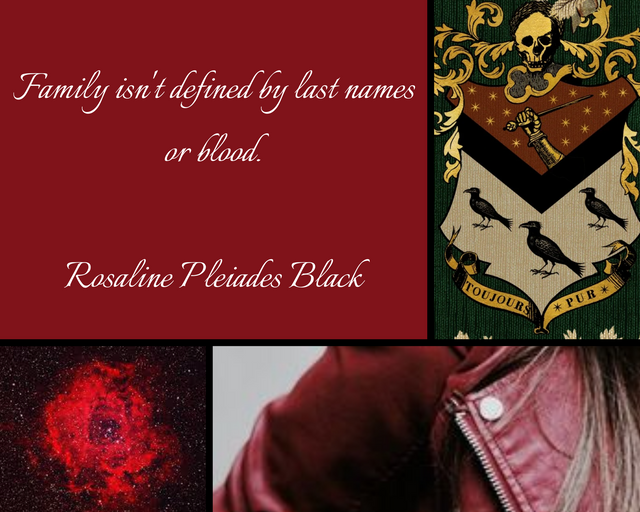 Sexuality: Straight, depending on the form she is in

Personality: She is very fun and quirky, changing her appearance constantly; loves her sister and her parents though she is sometimes embarrassed by them; could care less for her extended family; loves playing pranks

House: Gryffindor or Ravenclaw or Slytherin (depends on rp)

Boggart: Losing someone she loves

Background info: Ever since she was little, Crystaline dreamed to be like her older sister, Nymphadora. She could change appearances like her and sometimes they would twin, confusing their parents. As her sister got older however, Crystaline grew indepedent, opting to do everything herself.

Laughter is timeless, imagination has no age and dreams are forever. 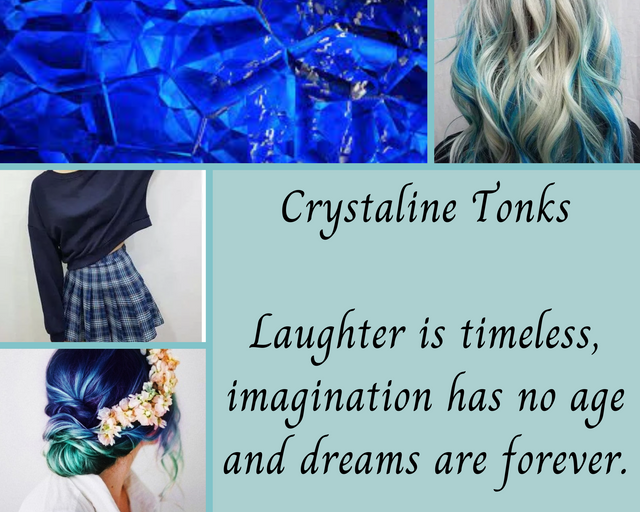 Personality: Reserved, calm most of the time unless someone insults her or her family; can be a bit unsure of herself at times

Background info: Lia grew up in France, though she attends Hogwarts. She could never attend Beauxbatons because of her personality, though some of her family does. Technically, she is in an arranged marriage with a distant cousin of hers, though she does not like him. At all.

Legacy, what is a legacy? It's planting seeds in a garden you never get to see.

-Hamilton, from Hamilton an Americal Musical 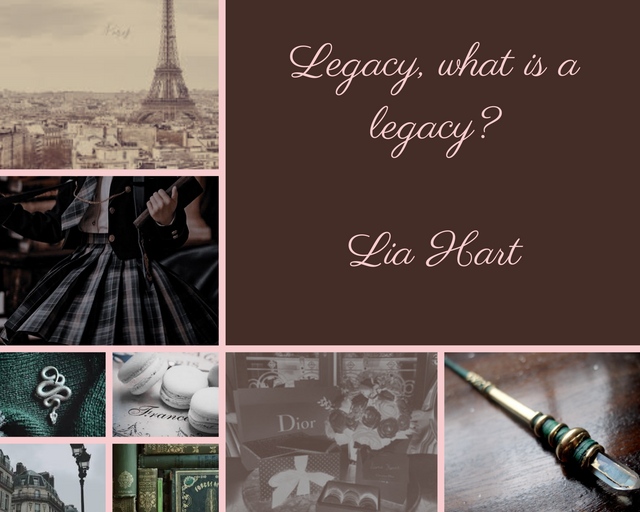 Personality: Bold and out-spoken at times; is just about as talkative as the boys and can easily spark disagreements; she is an amibvert but introverted in the beginning of an relationship

Background info: Trinity entered the maze when she was sixteen, waking up to find a place full of boys. She promptly threw up. Through memories she learned that she wasn't even supposed to be there. She had put herself there somehow.

Our memory is a book missing from our own shelves. 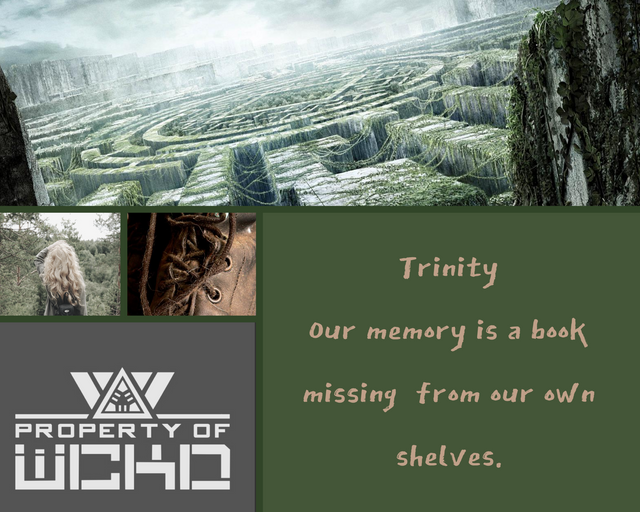 Personality: rebellious, doesn't listen to orders and 'interprets' them in her own way; caring; sarcastic and funny

Background info: Qualia gre up with two loving parents up until she was seven. There after certain events (you'll find out if you rp with her) she joined the resistance, helping out wherever she could. Poe helped raise her, teaching her how to fly and watching her grow up from a seven year old who missed their parents to a strong, independent seventeen year old.

Sometimes, it's not always the right thing to do but it's the best.

Occupation: Stormtrooper for the First Order

I only know how to do one thing. Follow orders.

Starter #1 (HP, Marauder's Era): Rosaline Pleiades Black sat beneath a tree near the Black Lake on a unusually warm autumn day. The sun was shining above and birds flew through the sky, seemingly floating on the breeze. Above her, she heard a rustling noise and looked up, only to let out a shriek. Someone was in the tree! She quickly scrambled up, closing the notebook she was writing in as the person fell out, laughing.

Starter #2 (Maze Runner): A loud grinding noise. Metal squeaking. That's all she heard as she was brought up in some box of some sort. Trinity, she thought, my name is Trinity. The doors above her opened once the box stopped, bringing in large amounts of sunlight that caused her to squint. A boy. A boy was above her but within a moment he climbed down into the box, looking directly at her. "It's a girl," he said quietly, a slight accent of some kind in his voice.

Starter #3 (HP): Crystaline hurried down the street, her hands tucked into her pockets. She fingered her wand as she walked, looking into each alley she passed. You could never be too careful. Today, her was black, reflecting her somber mood and her eyes were a dull blue, tired from staying up so late to spy. She turned down the street to disapparate to headquarters but a spell hit her in the back, rendering her unconscious.

Starter #4 (HP): "Sirius,don't you dare!" Rosaline shouted. James snickered, standing off to the side with Remus and Peter. Sirius was standing on the edge of the lake, grinning like a maniac. His wand was pointed at a bunch of floating objects, including some books and pieces of parchment. Rosaline grips her wand tighter, thinking of a jinx to use on her brother.

I will usually add to these if you request to use one when you rp with Ben.


Even when the dark comes crashing through. When you need a friend to carry you and when you're broken on the ground.

You will be found.

Ex-Wives From Six the Musical