Her parents were murdered when she was 3 and her home was destroyed in a fire.She then ran away to the forest where she got adopted by the animals who lived there and in her early years,she suffered depression and hardly spoke at all.Because of this,many people thought she was mute and the loneliness got to her so badly that she tried to commit Suicide.Before she was able to hurt myself too badly however,some of her animal friends stopped her and shocked her into understanding what sjhe was about to do and that is the reason why she has such a deep connection with animals.Then when she turned 8,she realized that she had extraordinary powers.She has always loved to sing since childhood but then she realized that she was able to heal others just by singing.She also found out that she can turn into a nine tailed fox at will(Considering that it's her true form) and she has the ability of Aura.She also found out that her blood has the power to preserve dead bodies,when fed to it and it has the power to purify darkness and evil.Also every one of her nine tails have the power to transform into any magical weapon at will once cut but she barely does it as it hurts a lot,since cutting off a nine tailed fox’s tail is almost as good as taking out its heart.Because of these powers,she was able to easily ascend to become the Princess of Nature and Queen of Foxes.Then when she turned 12,she started traveling while helping others and becoming a Teen Hero because she didn’t want others to suffer the way she did.When she turned 13,however,she got poisoned and injured,causing her to go into a coma for 2 months.The doctors wanted to kill her to put her out of my misery,since they couldn’t heal her.She was then miraculously healed by her deceased Master whom she trained under,before running away to the forest,telling her that her time wasn’t over.It took years for her to get back to the swing of things but eventually she did.Then when she turned 16,she decided to get a education and since she's friends with the professors of Hogwarts,due to her helping Albus Dumbledore out of a tight spot,she decided to go there.She's part chinese due to her mother being Chinese. 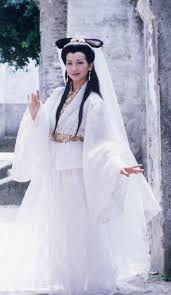 Personality:Kind,Intelligent,Patient,Forgiving,Playful,Sometimes EXTREMELY mischievous,Secretive about her past(Unless she trusts you a lot and that might take a while)

Songs:Well...I like a lot of songs so it's kinda hard to decide...

Harry Potter Quote: “Happiness can be found even in the darkest of times,if one only remembers to turn on the light."

1.(Open Rp,Fantasy,Forbidden Love(MxF),Anyone can join,Your oc can be anything but a demon,TW:Mentions of blood and gore every now and then)
In the year 209368,the Heavenly had divided up the world into 3 realms:Heaven/Celestial,Demon and Mortal and passed a law that prevented all demons to ever have any romantic connection with anyone other then other demons.After he died though,that law soon became just part of history as all beings started cultivating themselves to become humans,demons,gods and people with flesh and blood,to not be bothered for the next 1,000 years.

Rose was a white ten tailed fox demon who has been cultivating in the forest for a thousand years to gain her human form.She was roaming around the forest in her fox form until a hunter spotted her and started chasing as Rose’s eyes widened as she ran,only to get cornered by a tree.She backed away as she turned around to see the hunter as he took one of her tails,for her to cry out in pain.Right when the hunter took out his bow and arrow as Rose closed her eyes,waiting for the impact to come only it didn’t.She opened her eyes to see someone(ur oc) standing over her with the hunter already running off.”Huh?…”She thinks to herself looking at the person.

2.(Open Rp,Pokemon,Takes place in Hoenn Region,Can be Romance(MxF),Anyone can join)
Rose was a Top Coordinator in all 4 regions:Hoenn,Sinnoh,Johto and Kanto before she turned 16.Her parents were murdered when she was 7 and she has been adopted by Nurse Joy. Then when she turned 12,she became a Teen Hero which made her quite a star.Then on a mission when she was 13,she was badly poisoned and injured that she was about to die when she was miraculously healed by Arceus,She has the power of Aura and Healing.She also has a Prophecy that is about her which she found out just days ago.
Rose just finished a mission of Team Magma robbing another office and was walking back to the Pokemon Center.She was quite worried about all these thievery lately as Team Aqua has also tried to steal a weird gem a few days ago as well as the prophecy that she received from Arceus. While she was lost in her thoughts, she accidentally bumped into someone, causing both of them to fall on the ground “I’m so sorry! Are u alright?”She asks worriedly, getting up.

3.(Open Rp,Hogwarts(HP),Can be Romance(MxF),Anyone can join)
Rose was a very unusual student at Hogwarts.For one,she has very extraordinary powers even for a witch.She was also a Teen Hero in disguise and also has a prophecy about her,which she doesn’t know yet.Her animagas form was also rather rare as she was able to turn into a nine tailed vixen at will and every time she transforms,flower petals would encircle her.Her powers consists of Flower/Fragrance Abilities,Aura,and Healing.
Rose was running in the Forbidden Forest in her vixen form.She stopped when she made it to the entrance of the castle and turned back to her human form as usual,petals encircling her.She entered the castle before accidentally bumping into someone “I’m so sorry!! Are u alright?” She asks worriedly.

4.(Open Rp,Fantasy,Can be Romance(MxF),Anyone can join)
In the Celestial year of 208612,the flower goddess passed away but not until giving birth to a princess.
”Convey my orders….From today nobody is too leak out my baby girl’s birth….Anyone who does leak the information will die and their soul will be destroyed.”The flower goddess said to her assistants as they all bowed before nodding.“Feed her this pill…..My baby girl should not be like me,suffering from deep love and regrets….Anyone who takes this pill will not fall in love and get hurt….A relationship can make people suffer and loose freedom…Without falling in love,one can be strong and peaceful…..This is the best gift I can give her….”With that,she fed the Princess the pill before passing away as all flowers withered until the end of the mourning period at the end of the 10,000 years.This Princess’s name was Roselia.*10,000 years later*Roselia had grew up thinking that she was just a minor grape spirit who was found by Chief Peony.She has always been extremely mischievous and playful but couldn’t stop wondering what it was like outside of the water barrier that separated the flower realm from the rest of the world.She was roaming around the garden like usual while tending to the flowers before she bumped into someone(ur oc),causing both of them to fall onto the ground.”I’m so sorry! Are you alright?….”She asks worriedly as she quickly got up and dusts off her dress.

*If anyone would like to Rp with any of these starters or just Rp in general, feel free to just owl me and note for Romance Rps: I only play female and I'm fine with either MxF or FxM*