*As the students enter the classroom, they see the Hogwarts ghosts floating around, putting on their usual start of term performance. The ghosts quickly disperse, only to be replaced by Peeves, who starts pelting the First Years with Stink Pellets then quickly flies away, laughing*

I hope you all enjoyed that show! It is not often that the ghosts will put on their little flying performance like that. I did not expect Peeves to make an appearance, but it does play well into the topics we will be covering today. Today, we continue our pursuit of paranormal creatures from last lesson by focusing on creatures that exist beyond the realm of the living, specifically by examining different types of spirits, both formerly human and non-human. 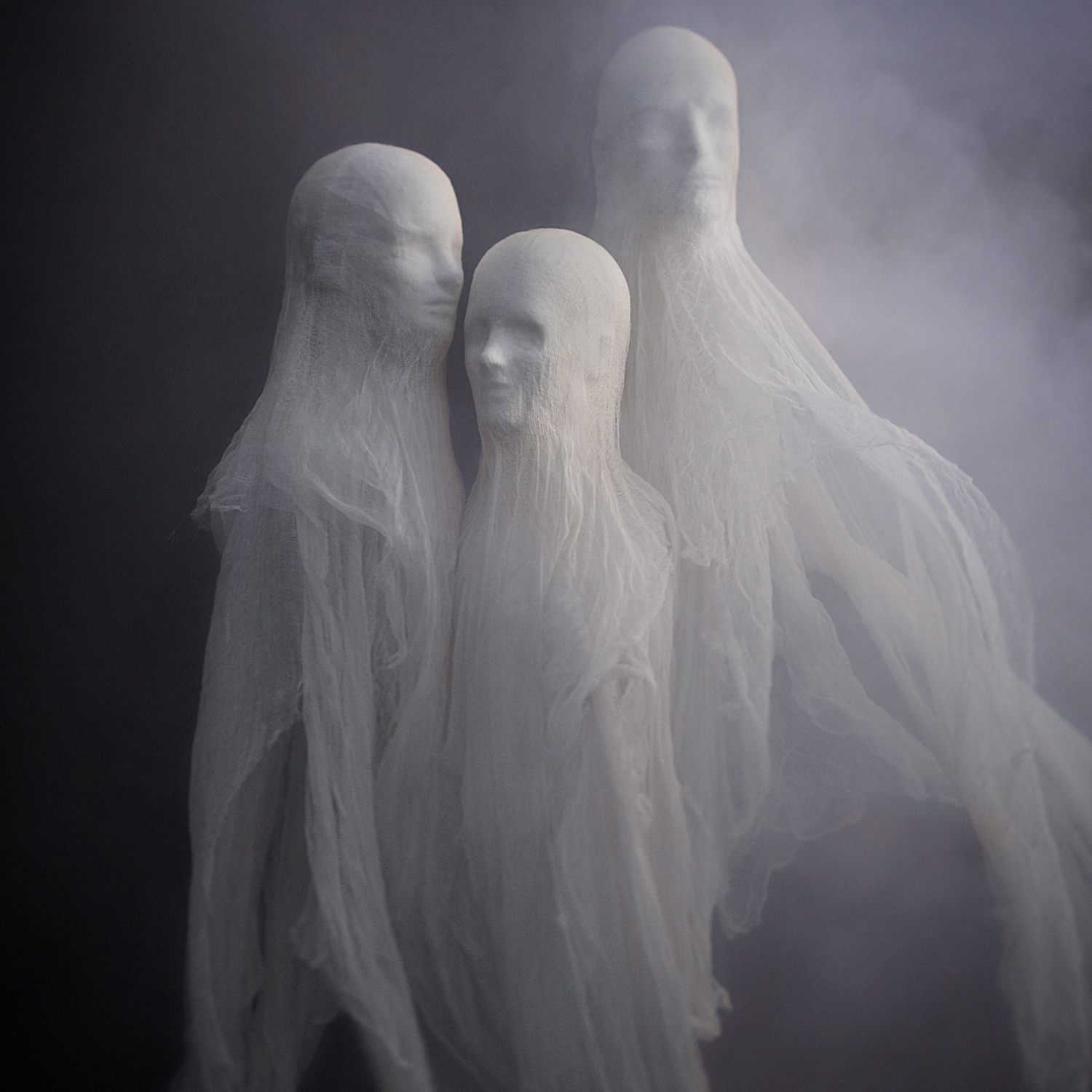 We will start by looking at the people you saw when first entering the classroom. A ghost is, for lack of a better definition, the essence of a person that is left behind after the person dies. They are weightless, transparent, have no physical form (though they do hold the image that their living body had), and cannot do much to affect the physical world around them. They are incapable of touching objects or making the object move. In fact, the only noticeable influences that ghosts have is that, when a living person walks through them, the person suddenly feels a chill.

Due to their transparent and overall nature, ghosts have the ability to become invisible, so a person may not even know a ghost is in the area unless they walk through the ghost. As a rule of courtesy, you should try to avoid walking through ghosts when possible, though it is unavoidable in some cases. Not only is the chill that you will feel uncomfortable, but the ghost may also become offended, since it is seen as rude to flaunt the fact that the person is dead by just walking through them.

Muggles frequently tell stories about ghosts, but they get them quite wrong in many accounts. We will look at some of the key characteristics of the Muggle ghost and explain why they are wrong.

First, Muggles seem to have this idea that anyone can become a ghost and haunt the living, causing fear and chaos wherever they go. The truth is that only magical people can become ghosts. Ghosts also are not malevolent, that is to say they have no ill-intent towards the living, in any sense of the word; they will, however, hold grudges towards other ghosts for incidents that happened when they were alive. Some ghosts will be grumpier than others, for example Moaning Myrtle who inhabits the girl’s lavatory on the first floor, but for the most part, ghosts are actually extremely friendly and will gladly stop and chat with you if you have a few minutes. However, there are a few courtesy rules to remember when talking to a ghost:

Beyond that, the best way to determine how to handle a ghost comes down to an individual level. Some ghosts will be touchier than others about certain subjects, so it is best to know what each ghost prefers talking about. For example, you would be best informed never to bring up the Headless Hunt when talking to Sir Nicholas de Mimsy-Porpington, otherwise known as the Gryffindor House ghost, Nearly Headless Nick. Ghosts and poltergeists also differ through their ability to interact with the physical world. Ghosts have no ability to touch or move objects, while poltergeists can do both. It is not uncommon for a poltergeist to pick up objects and move them around in order to cause more chaos and give themselves more power.

Another key characteristic of poltergeists is that it is very rare for them to have a visible, distinct form. They aren’t like ghosts and most often cannot be seen. Peeves, the poltergeist you saw at the beginning of the lesson who pelted you all with stink pellets, is one of the rare exceptions. For the most part, you will have to depend on other telling signs that a poltergeist is in your midst. Some of the ways will be noticeable, others not so much. Some of the signs you, as magical people, will want to watch for are as follows:

Now, one of these alone is not necessarily a telltale sign of a poltergeist. It is through the combination of several of these signs that you can tell. Unfortunately, it is very difficult to rid an area of a poltergeist - if it were possible, I am sure Peeves would have been removed from the castle long ago. No, the only way to “end” a poltergeist attack is to abandon the place they inhabit. If there are no people, the poltergeist cannot get any power and will effectively fade away. They will not be gone completely, though, just temporarily fizzled. Once people return to the area, they will be empowered again and will be back in action, causing chaos and mischief.

One final note to make about poltergeists is that, in extremely rare cases, they can be controlled. Using Peeves as our example, he seems to at least acknowledge people in positions of authority who have earned their respect - Peeves would always listen to Albus Dumbledore and The Bloody Baron (the Slytherin ghost). A poltergeist may also listen to someone who they recognize as suitably chaotic or who makes a chaotic request. In 1996, Fred and George Weasley were able to get Peeves to listen to them when they requested that he make Dolores Umbridge’s life at Hogwarts miserable.

Gytrashes
Finally, we come to the gytrash. These creatures are ghostly, large dogs that will only appear at night. They are pure white, except for their pitch black eyes, and can be extremely vicious. However, what makes these creatures particularly dangerous is their ability to blend into their surroundings until they are right on top of their prey - their favorite of which is humans. They can also be difficult because it is very rare for a gytrash to attack alone. In fact, they will frequently attack in groups of two to six. There are a few known places where gytrashes are known to have packs. One of the most notable places is right here at Hogwarts, out in the Forbidden Forest. This pack is one of the many reasons that you are expressly forbidden to go into the forest - it limits the exposure to these creatures. In fact, you should never encounter the Hogwarts pack, since you should all be in your dormitories long before they come out.

Their method of hunting involves, as mentioned, working in groups of two to six. They attack by lunging at the victim, leaving one large bite before darting away, and waiting for the next attack. If they were alone, this would not be too dangerous, but since there can be as many as six of them, this can quickly become a deadly situation, since one gytrash can attack and dart away only for another gytrash to follow.

Overall, there is very little to worry about from the spectres we have talked about today. It is rare that a poltergeist will do something that is aimed to kill - they like chaos and need humans around to survive. Ghosts are usually friendly spirits that won’t attack because they are unable to. If a ghost is bugging you too much, you can chase them away with the Wand-Lighting Charm, which we learned in our first lesson. This spell will also work to defend yourself against a Gytrash, since they will flee the light from a wand.

Please make sure you review your notes and prepare yourself adequately for today’s quiz. This quiz will be a little longer than usual, but that is only because we covered so much more material.