And so we arrive at the day of your midterm. Today you will be sitting an exam that tests everything you have learned since the first lesson of this course. I certainly hope that you are all prepared. However, before you can take the exam, I must provide a little more information that will be found on the exam, since we have two more creatures to discuss today. Both of the creatures are considered pests, though they have varying levels of danger. Without further ado, let’s dive straight in and start discussing gnomes and doxies.

Gnomes
First, we will address gnomes. The best way to describe gnomes is that they look like little potatoes. They are small brown creatures that stand no taller than one foot. They love to make their home near wizarding homes, digging up gardens and living in gnome holes. They are rated XX by the Ministry of Magic and are typically viewed as pests that are best to be removed from the home. 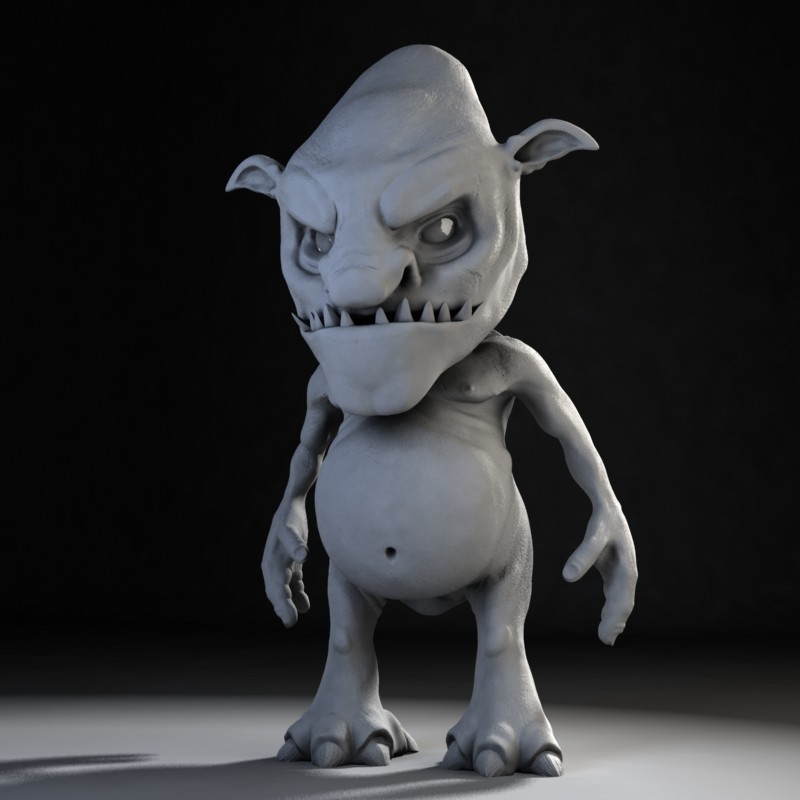 In order to remove the gnomes, there are two potential methods that can be used: the Jarvey method and the spin and toss method. The Jarvey, a creature you will learn more about if you take Care of Magical Creatures in Year Two, is the natural predator of the gnome and will actively hunt them. If you were to unleash a Jarvey in a yard infested with gnomes, the Jarvey would immediately run into the gnome holes and begin attacking the gnomes, bringing their bodies out of the hole and cluttering up your yard with them.

Many witches and wizards prefer not to use this option, though, since it causes such a mess in a yard and leaves a lot of gore that needs to be cleaned up. This is why most witches and wizards will choose to use the spin and toss method. It is a less reliable method, since gnomes can return to the garden, but it does make less of a mess and is more humane.

To complete the spin and toss method, you must first get ahold of a gnome. Usually this is  simple since gnomes love to run around gardens. However, gnomes do not like to be picked up and will attempt to bite you. We will discuss the problems with these bites in just a moment. Once you have a gnome in hand, you will want to hold it by its legs. Once you have a solid grip, you will have to spin the gnome over your head until it is adequately dizzy. After that, you can simply drop the gnome over the fence of your yard; however, many people will decide to make it harder for the gnomes to come back by throwing them as far away as possible. Once you have sent the first gnome away, gathering the rest will be easy because they will have come out of their gnome holes to see what is going on.

One thing to note is that, when you are attempting to gather the gnomes, the first gnome will not be complacent. In fact, the gnome will attempt to defend itself in the only manner that it knows how - biting. It is rare for a gnome bite to become infected, since their teeth are fairly blunt and will rarely penetrate human skin; however, infection is a distinct possibility. If the bite becomes infected, there are several symptoms that you will be able to observe such as the following:

If these symptoms occur, you will want to go get the affected area checked by a healer. While it is likely that the infection will not be too life threatening, it is better to play it safe than sorry. Infections CAN become dangerous if not properly treated.

Speaking of bites, we must move forward and discuss another biting creature, though this one is far more dangerous than the gnome. The Doxy, also known as the “biting fairy,” is a small creature with the ability to fly. They are often categorized with fairies; however, you will never mistake the two creatures. You will immediately recognize a Doxy by several distinguishing characteristics - namely its blue skin and its extra set of arms and legs. They only have two wings, but the wings are noticeably shiny and bear a striking resemblance to the wings of a beetle.

They also have two rows of razor sharp teeth that, unlike the gnome, will easily puncture human skin. These bites can be much more dangerous. Along with the risk of infection, the symptoms of which are listed above, Doxy teeth will inject venom into the bite victim. If bitten by a Doxy, the best cure is to take a dose of the Antidote to Common Poisons, which you will learn about in much greater detail as you progress through your Potions class. However, you must also be aware of the potential for an allergic reaction. There are several noticeable symptoms and, should you be bitten and notice any of these symptoms, you should immediately make your way to a healer. They symptoms of an allergic reaction are:

Now, having one of these symptoms individually does not qualify for a call to a Healer, since one symptom alone does not constitute an allergic reaction. It is through a combination of these symptoms, as well as knowing your own body and how you react to different situations, that you will be able to recognize whether or not you are suffering from an allergic reaction.

Doxies are known to create their nests behind drapes and other places that easily move. A Doxy can lay up to 500 eggs at one time, so when you are attempting to clear your home of an infestation of doxies, you must make sure that you clear out all eggs or the infestation will start all over. However there are benefits to keeping the Doxy eggs - when you learn to store them properly and how to use them, they are quite useful as Potions ingredients.

As with gnomes, you will not be casting any spells to clear your home of these pests. Instead, you will be using a concoction known as Doxycide. Doxycide is a black liquid with a very less than pleasing smell. When sprayed at a Doxy, it will cause the Doxy to become immediately paralyzed. This will make the Doxy safe to pick up and to remove them from the home. Unfortunately, the solution will only paralyze the Doxy for a short amount of time, so any doxies affected will need to be removed from the home within a few hours or the effort will have been wasted.

And that brings us to the end of the lesson. I know it is a little shorter than our usual lessons, but I do not want to completely overwhelm you with new information as you go into your midterm. A few final housekeeping notes before I let you go. For the second half of this course, we will be focusing particularly on some of the basic creatures that you may find yourself exposed to while you travel throughout the magical world. Most will be simple enough to deal with, but you will want to take good notes because some of these creatures can be very dangerous if not properly handled.

And for today, I bid you farewell, First Years. Best of luck on your midterm!