This week, different wooden animal masks adorn the walls of the Alchemy classroom. Several potted plants are scattered around the room and four giraffe statues stand by the entrance of the classroom. A stack of small hand instruments, such as djembes and mbiras, are neatly piled in a corner. The floor appears to be covered in a vibrant carpet of various patterns with an occasional line of elephants mixed in.

Professor Rosenquist is sitting at her desk playing on what seems to be a miniature balafon as the students walk into the classroom. The tune seems to resemble the Hogwarts school song, Hoggy Warty Hogwarts, however there is an occasional sour note. When the last of the latecomers sit down and pull out their notebooks, Professor Rosenquist reaches the end of the song and proceeds to put up the mallets before standing up and brushing off her robes.

“Sorry about that, I have been out of practice for a while now. Enough about me, how do all of you feel about your midterms last week?” she inquires, hearing some murmurs of approval and some groans. “Well, regardless of how you did, we still have the other half of the year yet. Now if you haven’t figured it out by now, we are going over a mix of African cultures today, which are some of the oldest and most mysterious cultures in the world! I see your quills are all out already so let’s get started right away.”

The Presence of Magic in Africa

Today we will be covering the vast continent of Africa. Yes, I am aware that Egypt is in Africa and that we already covered it, so obviously we are avoiding Egypt this lesson. Outside of Egypt, how often do you ever get to learn about the rest of the continent? Probably not often. That’s because most of African magic was never written down. Practices were passed down orally through generations of wizards. Most information found on African magic is found in writings from outsiders such as Arab traders or Portuguese explorers. Of course, some of the tribes did have writings of their own - such as the Vai people and a few groups from Sudan. However, this obviously does not cover the magical knowledge of the entire continent.

Even without these writings, we still know magic has a long-lasting presence in Africa. How else would the prestigious Uagadou School of Magic exist? If you have read Quidditch Through the Ages by Kennilworthy Whisp, you would know that alchemy, as well as astronomy, also has a huge presence in Africa. Whisp believes that Quidditch was introduced to Africa by European wizards and witches that traveled there to study both subjects from the African wizarding community.

African magic is shrouded in mystery not only due to the lack of written information, but the fact that it is constantly changing. What do I mean by this? Let’s say that an African wizard has been using a certain potion for years, but it seems to lose its effect on the person it’s being administered to over time. The African wizard will create a new, more potent potion to take its place and abandon the old potion in favor of the newer concoction. This was also the case with spells or charmed objects. Since magic is constantly changing over time, it makes it difficult to keep track of. Magic in ancient Africa can’t be compared to magic in medieval Africa or present-day Africa. 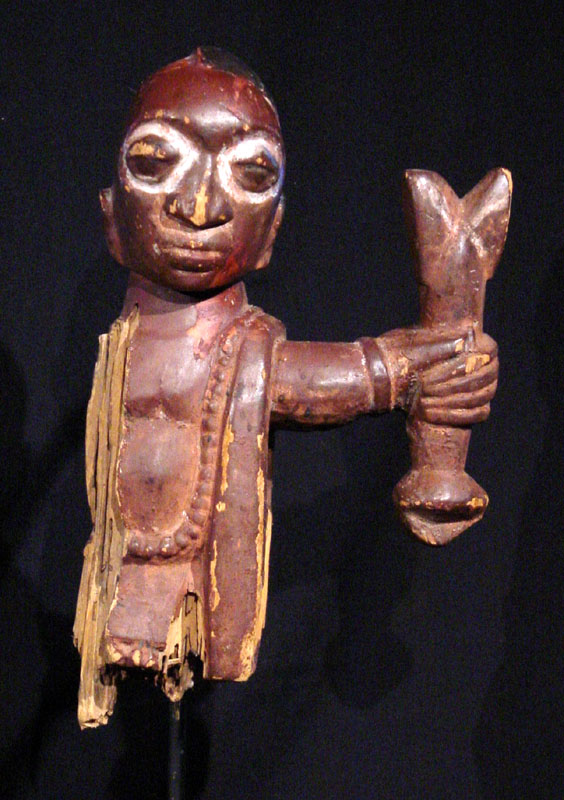 I want all of you to remember back to your first year here at Hogwarts. It may be easier for some than others. Remember in History of Magic when you learned about the relationship between magic and religion? As these are indeed separate things, the latter created by Muggles, you will not find them so closely related as you will in Africa. In fact, you will find the line between magic and religion tenuous. For example, there are two different myths about Shango, a god of the Yoruba people. One myth says Shango was an overthrown cruel king who fled into the forest and hanged himself. The other myth states that he was a wizard and a king who accidentally killed his wife and children with a powerful lightning spell. Guilt and remorse consumed him until he couldn’t take it anymore, so he hanged himself in his palace. Regardless of which myth you pick, he became the god of storms and magic. In turn, a Yoruban witch or wizard would call upon Shango to aid in creating or casting certain spells. Ironically enough, Shango himself was also said to have the power to transform base substances into something pure and valuable. Sound familiar?

What made African alchemy unique was not only the mystery of the practice, but also that it was completely different from what was practiced in Europe and Asia. Most Africans were not concerned with creating the Philosopher’s Stone or transmuting base metals into gold. They were more interested in improving everyday life, such as healing sick people, preventing misfortune, and having bountiful crops.

In some African cultures, they believed that wizards passed down magical powers to the next generation through the administration of potions, either by having the victim willingly ingesting it or by sneaking the potion into the victim’s food or drink. The danger of the second method is that there is a myth about wicked wizards slipping malicious potions into food and in turn the victim would unintentionally wreak havoc. People say that the spirits of the victims would leave their bodies while they slept and cause calamities by doing things such as tripping people or spoiling their food. Potent ingredients often used in African potions, such as needles, didn’t exactly help quell the myth among the public either. Healing potions made by wizards and shamans were also popular. There were potions made to smear on rocks to protect farms from thieves and diseases. If a potion were to backfire and cause a calamity it was made to prevent, the people were good about not accusing the wizard who made it. Instead, they would assume another wizard had a more potent spell to counteract the potion.

Misfortune was a big deal, especially in medieval Africa. While most unfortunate things appeared to be seemingly mundane, such as suffering from a snakebite, most Africans believed that a supernatural force underlay every single occurrence. Let’s say the man suffering from the snakebite goes to a seer and asks why the snake bit him. The seer would reply that angry spirits were out to harm the victim or that a jealous family member paid a wizard to conjure a snake to slither on the road at the exact same time that the victim had been passing by. For other events, such as a roof collapsing or food spoiling, people would go to shamans for their problems. Shamans, in turn, would explain how their misfortunes happened in a similar fashion, such as a spirit trying to communicate with its descendants. 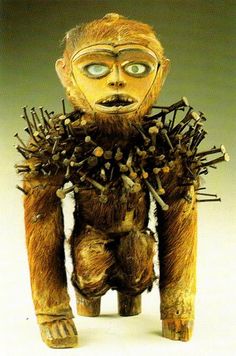 Charmed talismans were common. Wizards would charm an object that was specifically tailored for the person receiving the charm, and their needs. While one charm would work for one person, it may not work for someone else. Some talismans were common across certain regions. For example, a bundle of feathers would be charmed to protect a room from invading spirits, whistles offered protection against evil, and animal teeth could ward off the chances of physical injury by both people and animals. Charmed wooden statues of people were often used to give a ghost or spirit a home. Wooden statues of animals were charmed to help hunters lead a successful hunt.

While alchemists, healers, shamans, and seers were considered highly valued people in some communities, Muggles and wizards didn’t exactly get along so well in other communities. Just like in many other parts of the world, Muggles feared wizards, particularly evil wizards and the dark arts. Using magic in East African communities could be punishable by death. Muggles in other communities blamed every death on the work of a wizard. Suspicions such as these led to witch hunts that are still being conducted today. One common practice in eastern communities of proving one’s innocence was that the accused was fed a poison that may cause vomiting or dysentery. If you vomited, you were innocent. Having dysentery would condemn you as guilty of witchcraft and sentence you to death.

As you can see, there will be no Alchemist Spotlight today. This is because today I would like you to write your own Alchemist Spotlight for homework! Also, there isn’t exactly a specific African alchemist to write about for a spotlight, but I digress. Therefore today’s lesson is shorter than normal, however I expect all of you will use this time to do your research for your homework. Or you can take a pleasant walk around the grounds. Either way, I can’t wait to see what all of you have come up with.

There is also an extra credit assignment today to make your own talisman. More details about it are on the assignment page. I hope you all have a wonderful week and I will await your return for our next lesson.