Lesson 2) Invasion in the Desert

“Oof!” exclaims Professor Rosenquist as she drops a small imitation bust of Alexander the Great onto her desk. With a determined huff, she turns around and gazes at the newly decorated room. It was certainly no easy task acquiring the decorations each week, but at least she could appreciate how nice the classroom looked afterwards. With the wave of her wand, the wall becomes covered in carvings reminiscent of Hellenistic art and sheer blue curtains drape over the entrance to the classroom.

Soon enough, students begin to enter the classroom and settle down in their seats. As soon as it is time for class to start, Professor Rosenquist walks to the front of the class with a smirk. As soon as the chatter dies down, she begins to speak.

“Hello! I see all of you are excited about where we’re going this week on our travels. Well hold on to your togas because we will be taking a trip to the lovely land of Greece!” she exclaims and pauses for a few seconds before softly laughing, “I’m just kidding. We haven’t left Egypt. In fact, we will be staying there for a bit longer than intended.”

The Rise and Fall of Alexandria

I know you’re all wondering, “But Professor, this is Greek alchemy. Why are we still in Egypt?” Simply enough, most of Greek alchemy happened when the Greeks took over Egypt and it flourished there. The technical term is Hellenistic alchemy, which started when Alexander the Great arrived and became pharaoh in 332 B.C.E. 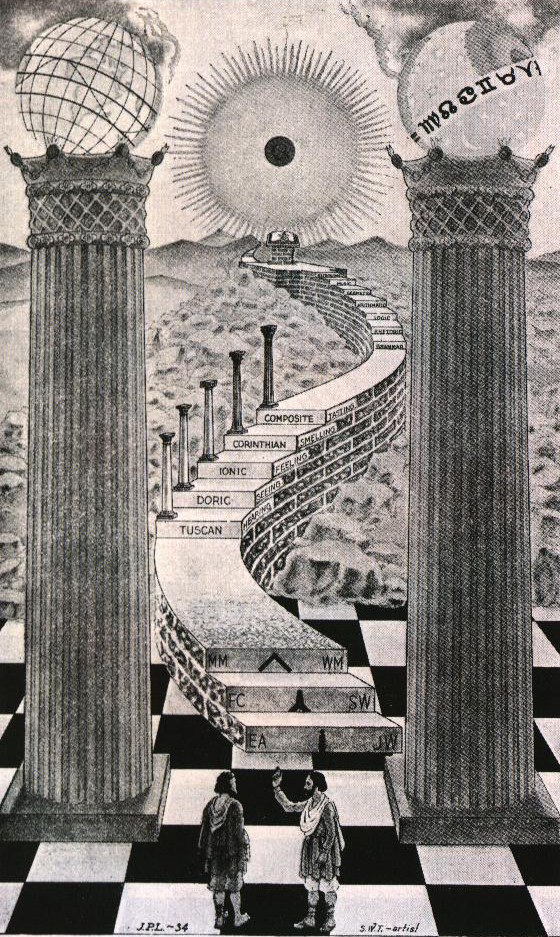 Let’s backtrack for a second. Remember how we talked about the god, Thoth, last lesson? It’s said that he kept all of his writings in two pillars before the Great Flood covered the world. These pillars were rediscovered around a thousand years later and moved to the Temple of Amun, the oldest temple in Egypt. One pillar was described to be made of pure gold while the other was made out of emerald. The Greeks called these pillars the Pillars of Hermes as Hermes was the Greek name for Thoth. An Alexandrian scribe named Manetho recorded that the pillars held 36,525 manuscripts written by Thoth. This is the exact number of days in 100 years, which is a very important number to the Egyptians as it symbolizes perfect completion.

Alexander the Great traveled across the Libyan Desert to Siwa where the temple was located. He took the writings of Thoth and transported them to the temple of Heliopolis. After that, he then set out the plans to build the great city of Alexandria. If you are taking Ancient Studies, you’ll also cover Alexandria there as well! Anyway, along with the plans of building the city were also plans to build probably one of the largest and greatest libraries in history. The Library of Alexandria housed the texts that Alexander the Great took from the Pillars of Hermes. Alchemists from around the world traveled to Alexandria to study the scrolls and discuss with their colleagues. Alexander the Great even got a group of priests, alchemists, and scholars to translate the scrolls into Greek. Due to all the mingling, the library became full of references to Chinese, Hebrew, Indian, Babylonian and Persian alchemy. Alexandrian writings were chock full of mind development, Eastern magic, Vedic astrology, and meditation along with Western principles. 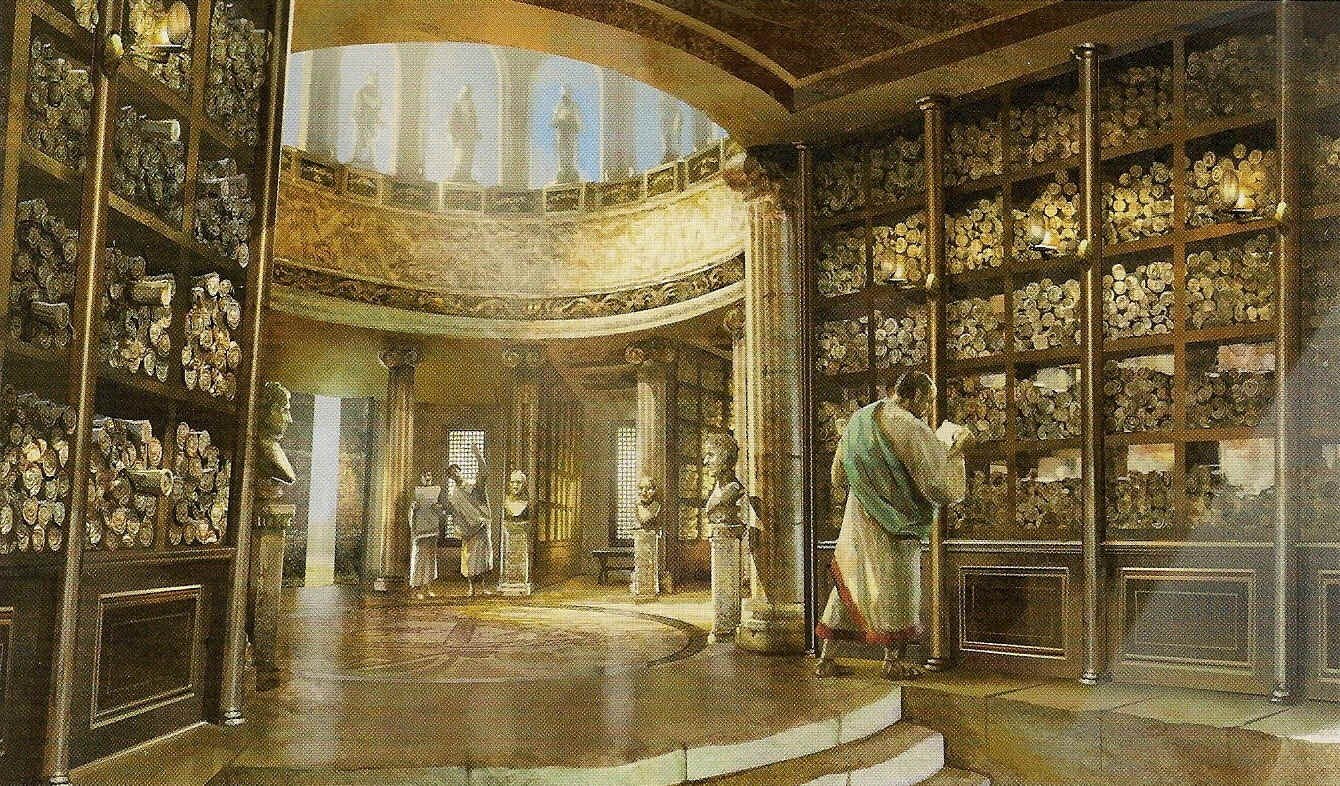 The Alexandrian alchemists were also some of the first to really experiment with transmutation. However, it’s not the type of transmutation you or I would first think of when hearing the word. Instead of completely changing, say, lead into gold, they believed in manipulating the metal’s visible qualities such as changing the color of the metal. If you only change the color of lead to gold, it’s still lead no matter how you look at it. However, the Alexandrian alchemists truly believed that changing qualities meant the whole metal changed. They would soak metals in acids and other chemical solutions, mix them together with other metals to create alloys, and treat them with polishes. Around the 4th century B.C.E., the attitude towards manipulating visible qualities turned from a practical approach to a mystical approach. Coloring and alloying metals were interpreted as spiritual terms and the consciousness of the alchemist was an important part of chemical operations. Magic was also used a lot more during experiments around this time. Alchemists around this time truly believed their efforts induced a genuine and permanent transformation. Henceforth, the concept of transmutation was born. 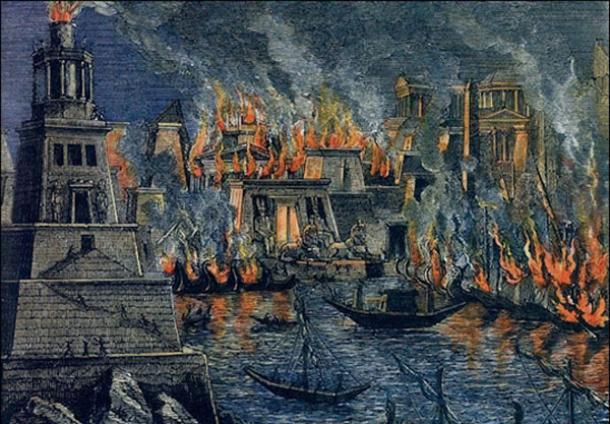 Alchemy flourished around the beginning of the new millennium, however when things rise up, they must come down. There was a conflict between the Egyptian co-rulers Cleopatra and her brother, Ptolemy XIII. Julius Caesar, the Roman ruler, went to resolve the conflict in 48 B.C.E. and named Cleopatra as the sole ruler. Ptolemy was obviously not happy about this predicament and blockaded the port of Alexandria. War broke out within the country and the Great Library of Alexandria caught fire. Approximately 400,000 manuscripts were lost in the fire and the remaining 300,000 were moved to Serapeum, an adjoining temple, as well as “the Museum,” a center made for scholars. 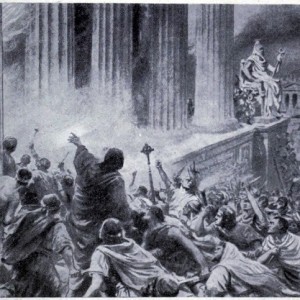 Around 270 C.E., Queen Zenobia of Syria invaded Egypt and occupied Alexandria for around two years before being defeated and taken hostage by the Roman Emperor Aurelian. The Museum was partly destroyed during the skirmish and thus more books were lost. Roman authorities didn’t exactly have a friendly attitude towards alchemy. Emperor Diocletian ordered all alchemical texts to be destroyed in 290 C.E. Around twenty-two years later, Christianity became the official religion of Egypt. In 391 C.E., Emperor Theodosius banned any pagan denominations. Christian zealots attacked the library at Serapeum, destroyed almost all of the books, and turned it into a church. The Museum thrived up until 415 C.E. when a Christian mob dragged the last remaining librarian out into the street. They accused her of being a heretic and teaching Greek philosophy before gruesomely killing her.

What remained of the Great Library contained fewer than 30,000 volumes. A majority of the books were moved to a new building for safekeeping. Arabs took over Egypt in 642 C.E. and Caliph Umar ordered his men to burn all of the remaining books. Luckily enough, many of the original alchemical manuscripts that the wizarding community was able to preserve are currently being held at the Egyptian Centre for Alchemical Studies.

Who was Hermes Trismegistus?

Throughout alchemical history, the line between myth and reality has always been one big blur. The Egyptians thought of Thoth as a divine being. Some modern alchemists looked back at the evidence provided throughout history and determined that Thoth was a real person, whether he was a powerful wizard or a survivor from the lost continent of Atlantis remains to be determined. Even so, you can’t deny the mysticism surrounding Thoth. Almost every ancient culture has a mythical figure that can be associated with Thoth. The Romans identified Thoth with Mercury, the winged messenger god. 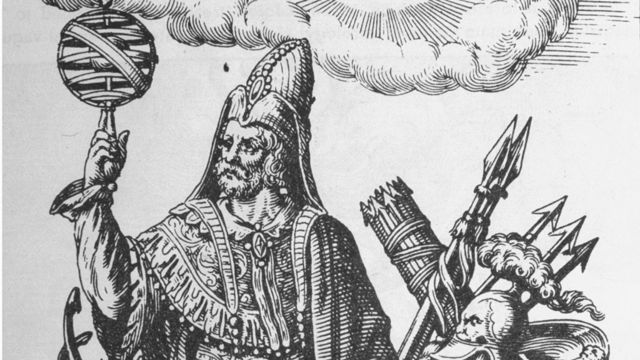 The Greeks turned Thoth into Hermes, and I don’t mean the Greek god Hermes. His full Latin name was Hermes Trismegistus, an alchemist, priest, and philosopher that lived in Egypt around the time of Moses. His name means “thrice greatest Hermes,” which was a reference to his mastery of the physical, spiritual, and mental planes of Earth, heaven, and everything in between. Hermes was more accessible than Thoth and the records described him as a gentle teacher.

There is a lot of speculation surrounding whether or not Hermes Trismegistus was indeed a real person. He’s credited with writing the thirteen manuscripts, collectively known as the Hermetic Corpus, which are the basis of Hermeticism. Many other authors have written their own works using his name so it seems that Hermes has lived on for hundreds of years. However, there are plenty of historical documents that claim he visited numerous places. The Arabs in particular noted that he was the first person to share his knowledge of alchemy with them.

Picking a specific alchemist for today’s spotlight was tough as there were plenty of important Alexandrian alchemists, such as Mary the Jewess, Bolus of Mendes, and Ostanes. However, Pseudo-Democritus captured my interest the most. Why? The fact that he’s the second most respected writer on alchemy after Hermes Trismegistus probably had something to do with it.

Pseudo-Democritus was a philosopher and alchemist that lived in the 2nd century C.E. He is obviously not the same person as Democritus, the ancient Greek philosopher, as they lived around 600 years apart. Unfortunately, only two of his works survived after the destruction of the Great Library: Physical and Mystical Matters and a book that was addressed to Leucippus, the mentor of the other Democritus. His writing contained practical recipes from dyeing cloth to how to make imitation gold and silver, or in other words, alloys. For example, whitening copper with arsenic and then using gold powder can make it appear gold. Mixing silver sulphide with lead sulphide produces a similar effect of creating fake gold.

Zosimos of Panopolis quoted a bunch of Pseudo-Democritus’s other works that were lost, which is mainly why we know so much. He was also mentioned in the Stockholm Papyrus. The Stockholm Papyrus was a manuscript that dates back to 300 C.E. that contains 154 different recipes for dyeing fabrics, creating imitation gold and silver, purifying pearls, and coloring gemstones. This manuscript served as a basis for elixirs and spells later alchemists created to achieve the same effect while also using magic as a medium. We will be learning some of these when we study practical alchemy.

Next week I promise we will have a change of scenery, however that will be it for today. As always, be sure to do your homework and we will continue on with our journey next week.