Lesson 6) The Magical Coins of Clauricorns

The Magical Coins of Clauricorns

Welcome back to class! I hope that your midterms were forgiving and that you have enjoyed this year so far. Today we will be covering a human-like creature, and while you may think it should be a being, it is actually classified as a beast. Ladies and gentlemen, we will be studying the leprechaun today! Yes, I know the lesson title says clauricorns; this is another name for leprechauns.

Leprechauns: The Creators of Fake Gold

Now, onto the lesson! Leprechauns, or clauricorns, are small creatures native only to Ireland. They are about six inches tall, about the size of a fairy. Whilst Irish mythology says they are a type of fairy, the wizarding world does not recognize this. They are not considered a type of fairy by the wizarding world because they do not have wings. It is a common misconception that they are small men-- Muggle lore being a little too flowery again! They are classified as beasts by the Ministry of Magic, even though they are capable of human speech. This is because they are considered not intelligent enough to contribute to wizarding law. They have never asked to be reclassified, nor have they been considered for reclassification.  Leprechauns have green skin, and normally wear clothing made of leaves. The clothing has also been made of moss and soft tree bark. “Leprechaun” is derived from the Irish word “leipreachán,” which is said to mean “pigmy and sprite.” It is believed their second name, clauricorn, derives from “clurichaun,” a night version of the leprechaun that enjoys drinking, which is a common folk tale.

I know this is not the picture you have of a leprechaun, or what you have been told a leprechaun looks like. I will address this preconception towards the end of the lesson, along with the popular connotations associated with them.

This is an inaccurate representation of a leprechaun. Notice the flesh-colored skin, and the human clothes. This is a Muggle representation of a leprechaun. Now, I know you are asking, “why is Professor Anne showing us the wrong interpretation?” Great question! I will cover this a little later in the lesson, but for now, I will say this: their magic does not allow them to be photographed.

Leprechauns are mischievous creatures who like to attract attention to themselves. This is why we see them in so many Muggle children’s stories. Whilst they do not play tricks on people, like imps (Lesson Seven, Year Two), they attract attention to themselves through different means. One such tactic lies in their ability to make fake items, like gold. Leprechaun gold is not well-known in the wizarding world; however, to some people who do know about it, it is very convincing, leading wizards and witches alike to not realize they have leprechaun gold. The gold disappears after a few hours, however, so most wizards do not realize this has happened, because they spend it, or put it in their Gringotts

Leprechauns live in forests and wooded areas, meaning their habitats are made with leaves or bark, or are hollowed out in trees. They make their homes in the tops of trees or tree hollows, using sticks, bark, and leaves to create a soft area. Because they live in wooded areas, and are surrounded by vegetation, leprechauns are herbivores. They feed on any vegetation in their area, preferring beech and birch tree leaves. They will not eat any leaves off of fruit trees, because they consider them to be too bitter.

They live as families, and each family can be associated with other families in the area. Leprechaun mating is similar to fairy mating, however, they have live young, like imps. The average gestation period of a leprechaun is 18-21 days. They commonly have two to five babies, called Lepracorns, though it is not unheard of to have one Lepracorn. Lepracorns become leprechauns at 64-68 days of age, or two months. This is when their skin changes from the light, spring green of a baby to a dark, forest green of an adult.

As for the differing views on appearance, this comes from the leprechaun’s brand of magic. leprechauns can alter their appearance, especially when it comes to people seeing them. Leprechauns can tell a wizard or witch from a Muggle, and alter their appearance for Muggles, to keep the secret of their magic. This is why no photographs can be taken of them, as they simply blend in with their surroundings or appear as something they are not, like an insect or small mammal. It is also why there are no accurate drawings, because as soon as the person starts drawing the leprechaun alters their appearance. Because of their magic, it is very hard to remember the true appearance of a leprechaun after you’ve seen it. The other way leprechauns use their magic is to create their gold. It is an ancient process and has just recently been shared with us by leprechauns. The leprechauns start by finding perfectly smooth stones. Leprechauns can manipulate the size and shape of materials, but cannot manipulate the texture, so it is essential for them to find smooth stones to work with. 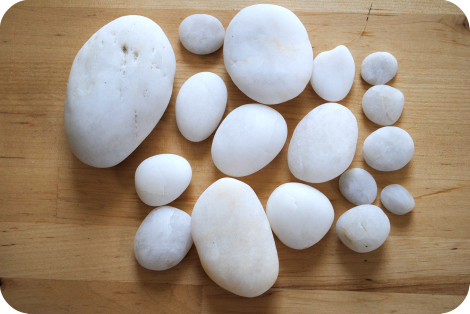 The color of the stones does not matter,  though it is common, due to the forests they reside in, for the stones to be white or gray in color. After the males find suitable stones, they take them home and pass them off to the females, who do the rest of the work. The females start by using their magic to make the stones into the proper size and shape. They then start the delicate process of painting the stone to appear like a Galleon. This process takes between three and five weeks per stone, depending on the female’s experience. After the female finishes painting the stone, she places the magic on it that makes it disappear after a certain period of time. This spell also makes the newly-refined stone feel like a real Galleon. In using this magic, they are able to duplicate the stone, creating more false Galleons. For example, at the Quidditch World Cup of 1994, the leprechauns duplicated their stones after arriving, so they didn’t have to carry all of them to the match. The false Galleon is then passed off to the male, who will distribute the Galleon to unsuspecting witches and wizards. As soon as the false Galleon is passed out of leprechaun hands, the spell takes effect, causing the gold to disappear within twelve to twenty-four hours.

I hope your mental image of leprechauns is now considerably different from how it was at the start of the lesson! While I personally don’t like leprechauns, I have colleagues who find them fascinating to study. Today, we will be having a creature observation, so please watch out for that! Don’t forget, you will have creature journal four due next lesson! This year’s flash assignment is also available today, so make sure to read the prompt carefully. Finals are right around the corner, so make sure to be reviewing the material covered this year!

In your second year of Care of Magical Creatures, we will explore and discover thirteen different creatures. These creatures range from pests to mythological creatures. A wide variety of creatures will be studied, from wizarding pets to demons. Different aspects of the creatures, like genetics and disease information will also be covered.
Course Prerequisites:

Enroll
Hogwarts is Here © 2023
HogwartsIsHere.com was made for fans, by fans, and is not endorsed or supported directly or indirectly with Warner Bros. Entertainment, JK Rowling, Wizarding World Digital, or any of the official Harry Potter trademark/right holders.
Powered by minerva-b