Hello everyone! This announcement is about the "Trying out Tapestries" the EC assignment. Something is in the works, so for now this is just a normal RP essay. I will make another announcement when it has been updated. If you have any questions just send me an owl.

Lesson 9) Other Flights of Fancy

Now that we’ve looked at all the various successes surrounding the development of flight over the years, I’d like to take our last day together to cover some of the numerous and/or horrifically terrible attempts from the past. You may be surprised to hear it, but there’s quite the list! That should serve to give you some in class entertainment and give you a good chuckle so you’re nice and relaxed for your final at the end of class. No matter what goes wrong today, you can’t have done worse than the folks mentioned in our lesson!

Let’s look at one of the more mainstream, generalized failures first. You’ll remember that we talked about how flying broomsticks took quite a while to catch on, and much of it was because of non-standardization and a lack of improvements. This is because people were a bit distracted and weren’t putting all their eggs in one basket. For quite some time during the long adventure of broom flight, many other household objects had their day in the sun. The practice of enchanting all kinds of common household implements and furniture was quite popular. Anything the average person had on hand was fair game. One notable example was the flying chair. Yes, you heard me right! They had the distinct benefit of a natural, comfortable place to sit which gave them a bit of an edge over the broom. However, they were notoriously unmaneuverable, and not aerodynamic in the slightest, which made them ponderously slow and prone to falling out of the sky. More, when times changed and witches and wizards started separating from Muggles, their slowness and large silhouette was essentially a death sentence for the method of transport, as it was far less stealth (though the handmade wooden chairs 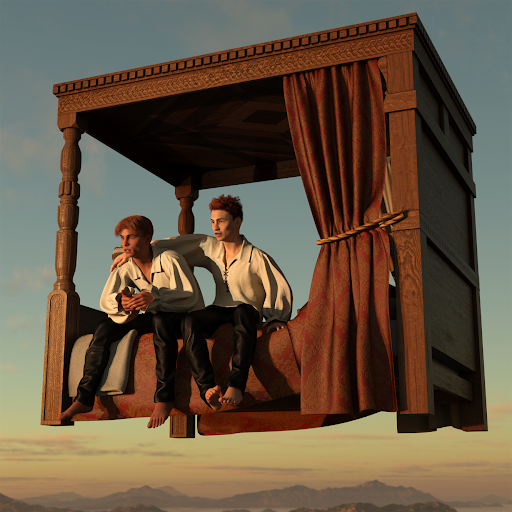 during that time were considerably less conspicuous than your average armchair in the Common Room today).

But, back in the heyday, chairs were all the rage among certain groups! Wooden chairs, rocking chairs, even big, squashy, overstuffed ones when those came into fashion. That wasn’t all, though. You could also easily see an enchanted bed, footstool, or even coat rack (all of which also failed for various reasons). Can you imagine if they had caught on instead?!

Another failed attempt at commercializing flight was headed by Bael Bakewell, who tried -- and failed -- to breed tamed dragons that a) didn’t mind being ridden and b) didn’t burn you, your family, your house, and the entire countryside to cinders every time you wanted to pop out for a pint of milk. Safe to say, the attempt was catastrophic, though Bakewell did eventually retire after his entire establishment burnt to the ground for the ninth time in nearly a 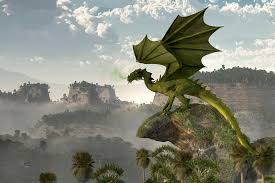 decade. With nothing to show for his efforts other than premature aging, an empty Gringotts account, and long-singed off eyebrows, he admitted defeat and released the dragons into the wild (though most had already escaped). His efforts may not have done anything for flight, but he is credited for being one of the last people to legally breed dragons for selective traits -- such as dragons with barely-pronounced humps on their back or slightly smaller spike sizes -- before the ban was enacted in 1709. By now, these traits have all but disappeared, but magizoologists believe that his work is responsible for at least 60% of unique genetic traits in modern day British dragons.

Finally, and most recently, there was Aileron Boreard, an inventor during the 1940s who got far more than he bargained for. The intrepid inventor had good intentions, and good plans as well. As this was the time during which flying carpets were falling from favor, he was looking to satisfy the market with a replacement. His plan was to combine the space offered by flying carpets with the firmness and dependability that brooms provided. Another goal was to avoid any thorny issues due to enchanting something deemed a Muggle artifact, as this was ultimately the reason cited for banning flying carpets.

To do this, he began fashioning his prototypes out of numerous materials -- metals enchanted by goblin smiths, wand-quality wood, and even blown glass. Ultimately, for the sake of aerodynamics, Boreard favored rounded shapes, some cylindrical and more like broomsticks, others wider, flatter, platter-shaped things that were more toward the magical carpet end of the spectrum. There were quite a few problems to address, though. First, he wanted to provide some way to keep people from slipping off the edges. He solved this by creating a waist-high lip around all the edges which served the purpose quite well. From there, he tried to push the envelope a bit, creating a sort of windshield via experimentation with the Bubble-Head Charm, as well as automatic lights that would help the stranded witch or wizard see in the dark, without having to pull out their wand. 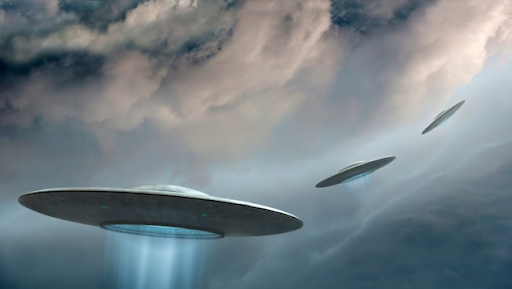 investing in his new product. While there, a long-standing rival goaded him into taking the fleet for a spin across the sky, slandering Boreard and claiming they’d plummet like overstuffed Auguries. Plummet they did not, and their display of stunning speed and grace wowed those in attendance, backfiring completely for the grumpy old wizard, and earning Boreard not only quite a bit of capital, but significant fame and notoriety. However, those in attendance at the 1947 Wizarding Inventions, Doohickies, Gadgets, and Ephemera Trade Show were not the only ones to spy Boreard’s new invention. A Muggle had spotted the display and while magical involvement or the existence of wizards never crossed their mind, it spelled trouble for the inventor’s new company. While Boreard’s lightning-fast discs sold quite well among the younger generation of wizards at the time, through a combination of bad luck, corporate sabotage from the competition, and heightened Muggle paranoia launching numerous false sightings, Boreard’s contraptions (deemed “whizzers”) were covered in Muggle newspapers nearly as often as the wizarding ones.

Finally, in 1969, the British Ministry of Magic forced Boreard to shut his doors, citing the numerous breaches of the International Statute of Secrecy. While broom companies breathed a sigh of relief, it’s rumored that the whizzer hasn’t disappeared for good. Many with connections at the Ministry whisper that the Ministry simply cut him a deal to work on other projects in private agreement with them, but this remains mere rumor. Whatever the truth, no whizzers have ever been for sale in the decades since Boreard’s WhizzersTM  closed.

You never knew history could be quite so interesting, did you? I’m afraid that’s all we have for today, which means we’ve come to your test. Fortunately, you won’t be taking your finals on dragonback or in a flying saucer, but on a trusty broom instead. First, you’ll be answering some theory questions, though. You’ll be sitting for your paper test all at the same time, and then I’ll be calling you in small groups to perform a few physical feats as well. You’ll need to demonstrate some practical knowledge for myself and my PAs as well. Nothing too fancy, of course, just what we’ve covered in class.

After that, I’m afraid it’s goodbye for now. While you’ll still see me on campus or at Quidditch games, and I’ll be the woman you need to convince if you want to borrow a school broom, we won’t have much more in the way of classes. At least, not until your Seventh Year when we round out your education with Apparation and a handful of other more advanced methods of travel all contributing members of society should know about. I look forward to seeing you then!

Welcome to Magical Transportation! This year we take to the skies as we learn basic broom handling, the history of broomflight, and even a few more advanced maneuvers! To spice things up, you’ll also learn about other flight-related magical transportation, with a few surprise guests. Come see what’s in store!
Enroll
Hogwarts is Here © 2022
HogwartsIsHere.com was made for fans, by fans, and is not endorsed or supported directly or indirectly with Warner Bros. Entertainment, JK Rowling, Wizarding World Digital, or any of the official Harry Potter trademark/right holders.
Powered by minerva-b