Hi Y'all! My name is Ara Herold-Black. I'm a 1st year Slytherin. 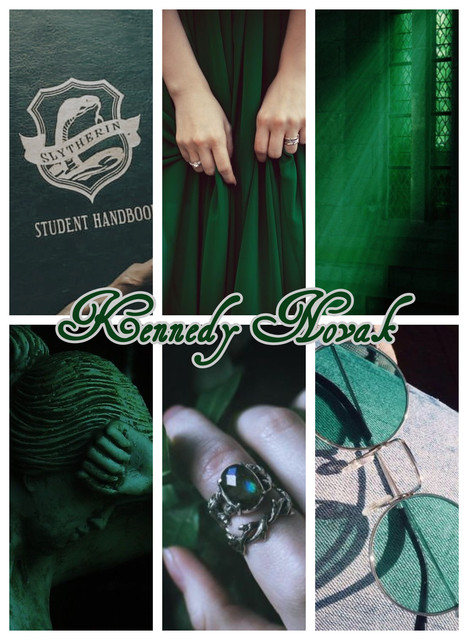 >Made by Charlie Balle<

The photo above is old and will be redone :)

"Love is giving someone the ability to destroy you, but trusting them not to." -Unknown

~ Who: A first-year Slytherin

~ Looks: Shaggy shoulder length brown hair, sickly pale skin, covered (and I mean covered) in freckles and various scars, and also has heterochromia. Her left eye is a baby blue and her right eye is a ghostly white. 5'3". Two Scars are on her right eye. (one going over her eyebrow and the other slanted across her eyes.) Wears gray glasses. Left-arm is robotic as is the right leg.

~ Lineage: An abandoned pure-blood raised by muggles. ~ Background: Born on 9/13/2007, her father felt she wasn't safe around her mother. A week before being abandoned her mother cut off her arm and leg. Her father left her on the doorstep of a gay couple on 10/1/2007. Her dad's found her on the porch at approximately 3:30 AM half dead with a note stating her Name, Age, Health Issues, and why they chose them to raise her. Her Dads did their best with one of them being a Muggle teacher and the other being in the FBI.

~ Personality: A naturally outgoing girl. Self-Esteem is easily broken down. Has ADHD. Loves Potions, but loves animals more. Has terrible Anxiety and with Dumbledore's okay she brought her support dog to school. ~Identity: Genderfluid/Bisexual/Panromantic/Polyamorous