My name is Matthew Aspen, or Professor Aspen for short, and I am glad to give you all a very warm welcome to this course. My PAs and myself expect great things from you, so we are eager to see you all "grow" in the greenhouses. However, we would like you to read the following information about the course before enrolling in it:

1-Whenever you submit an assignment, it goes to our queue. We usually grade them quickly, but sometimes this is not possible due to many factors. That is why we would like you to be patient and rest assure that your assignments will be graded shortly.

2-The Herbology Team is more than happy to receive your questions about the course. Please do so in a formal and respectful manner, and your queries will be answered quickly.

3-Even though we are professionals and enjoy what we do, we are also prone to make mistakes. If you believe that an assignment has not been fairly graded, please send Professor Aspen or Michelle Spookiieej (Head Girl) an owl as soon as possible, outlining your reasons why you believe so, together with the ID number of your assignment. Remember that appeals are evaluated and they can have positive or negative replies, meaning that your grade might change for good or for bad. Bear this in mind when you contact me about such topic.

4-All assignments can be retaken if you get less than 70% in them.

5-All assignments for HERB101 now have a short sentence in colour to indicate if the assignment can be resubmitted or not.

Introduction
So, this concludes our year together in Herbology 101. For starters, I am humbled by the effort and dedication so many of you have shown in this class. Congratulations on making it this far! I have hope for herbology in future generations if you all are going to continue to be so willing to go out there and get your hands dirty!

This year we covered some of the basic uses of herbology. We looked a little bit at safety when working with plants, caring for plants, the use of herbology in other subjects, as well as magical and non-magical plants and how to distinguish between the two. Over the next few years, we will be going further into each of these fields, with next year being your practical year. Next year's class will be structured a bit differently, but I can promise you that you will have an excellent time.

Before you leave today, I would like to talk with you about the field of herbology and its overlap in various areas. I know it’s a bit early to have your future all decided, but it’s never too early to start thinking about your options and how your education can benefit you. Mostly, we will be discussing the use of herbology in other subjects. Earlier in the year we briefly touched on the use of herbology in potions, as the classes are clearly linked, but in this lesson, we are going to take a more in-depth look at other subject areas where herbology is utilized. Shall we begin?

Cross Curricular Uses of Herbology
As you might be realizing, all areas of magic are at least a little bit intertwined. Every little thing you learn has an effect on your other courses, and more importantly, your life. It shapes who you are! That being said, we aren’t going to go over every single course and its relation to herbology. However, we will take a moment or two to discuss the ones with the closest relationships.

Astronomy
While we won’t talk in depth about astronomy’s relationship to herbology until well into next year, this field of study does play a big role! Whether you’re growing a nocturnal garden, harvesting based on the phases of the moon, or making sure you’re picking a plant under the correct planetary or celestial influence, you’re using astronomy in your herbological work! Mixing the two fields can be complex work, but you will at least be learning the basics to help you in whatever you choose to do after Hogwarts, and there will be plenty of resources for those who wish to take their studies further.

Charms
While less crucial to the study as a whole than some of the other fields we’re mentioning today, charms and herbology overlap on happy occasions. Have you ever had a Christmas tree sing carols to you as you pass by? What about a serenading rose on Valentine’s Day? Perhaps you’ve received a daisy or daffodil singing “Happy Birthday” to you? While there are various charms that may be placed on plants, people are often most familiar with singing herbs. Additionally, there are obviously many charms that we use in herbology to augment our care of plants, a few of which we have seen this year, and many others that we will learn and use in the years to come. 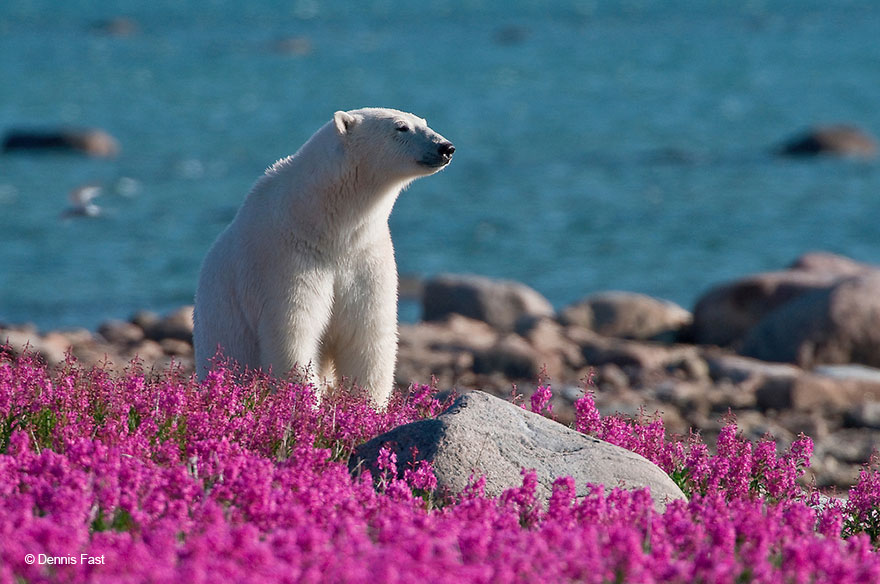 While you won’t be learning about food chains and their importance to animals until your Fourth Year of Care of Magical Creatures, I assure you that plants are a crucial part of them. Herbs are at the bottom of every food chain, thus making herbology essential to the survival of any animal. Plants are eaten by creatures and insects, who are then in turn eaten by other creatures (or insects). There’s no way to escape it. Every animal -- predator or prey -- is influenced by the plants in its ecosystem. If there is a shortage, or a species dies out, the whole chain suffers. Herbologists help us to keep plants healthy and ecosystems in check, even when things go wrong.

Another reason herbology is important to the field of magizoology is that certain herbs attract insects or animals via their scent. Magical (and non-magical) birds enjoy the scent and colours of very particular magical flowers, and the same goes for fairies and a few other magical creatures. Some creatures enjoy rolling in certain herbs to cover themselves with the scent, which disguises them or attracts a mate. Any tracker working in the Ministry's Department for the Regulation and Control of Magical Creatures is aware of what herbs and scents will attract which beasts, and also which scents will ward off other unwelcome creatures when working in the field. Lastly, there are many smaller areas of overlap, such as animals that use plants as cover to hunt or others that use them in the creation of their homes, nests, or dens. It’s impossible to completely separate animals from plants! 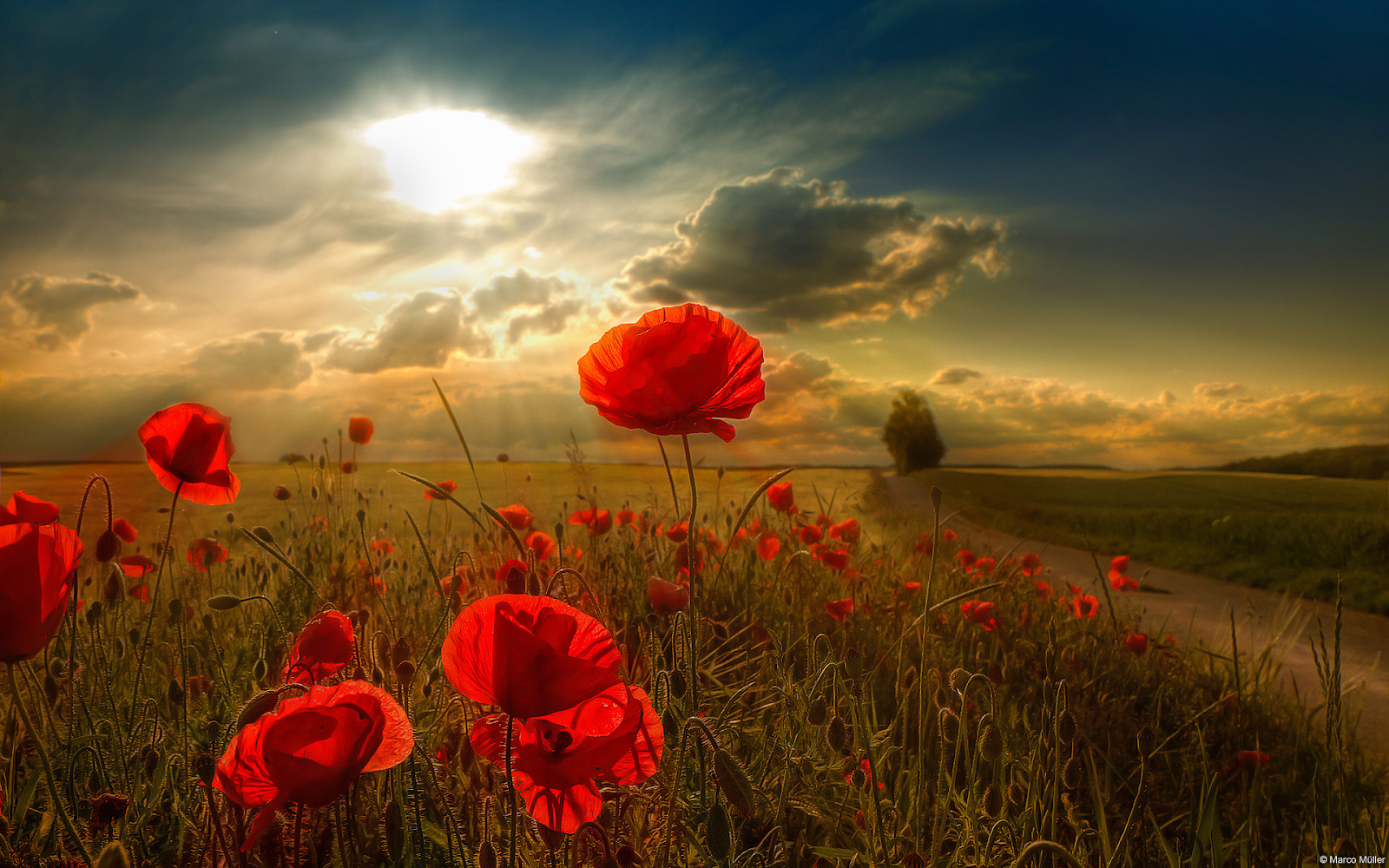 and enemies -- and often utilize plants to do so. One common example of the use of Dark magic on plants would be "field curses." While not a kind of curse in and of itself, Dark wizards enchant a field of tall grass (or really a large expanse of any plant, such as strawberries, daisies, poppies, etc.) so that the moment an unsuspecting victim wanders into the boundaries of the field, he or she becomes afflicted with a specific kind of curse. The most insidious thing about these kinds of curses is that this tactic is often both unexpected and nearly impossible to detect if you are not checking every group of plants larger than a cluster for traces of Dark magic. After all, when on a hunt for Dark witches, or fleeing pursuers, who would be looking at their feet to note that they had just crossed a threshold into a field of poppies? These curses can also be applied to forests, but as this is much easier to notice and requires much more effort, this is not commonly done.

Some of the effects of field curses include causing the afflicted person(s) to go mad with hunger, fall into a deep sleep, experience hallucinations, or experience growing confusion, just to name a few. Aurors are often trained to react to such situations logically and trust their gut. If something seems amiss, they are to Apparate out of the area immediately to see if it makes a difference. Of course, these defenses sadly don’t work for Muggles, though some can overcome the effects and make it out via sheer strength of will.

A second way Dark wizards utilize herbology is by using dangerous herbs for assassination attempts. Sometimes that means simply using various nefarious poisons, whether via the use of potions or the poisonous herbs on their own. If that wasn’t enough, however, there are many magical plants that can perform the terrible act for the Dark witch or wizard in question. Plants such as the Devil’s Snare, Venomous Tentacula and other dangerous or man-eating plants can be, and have been, involved in assassinations (both attempts and successes), without the assassin having to be there at the time! 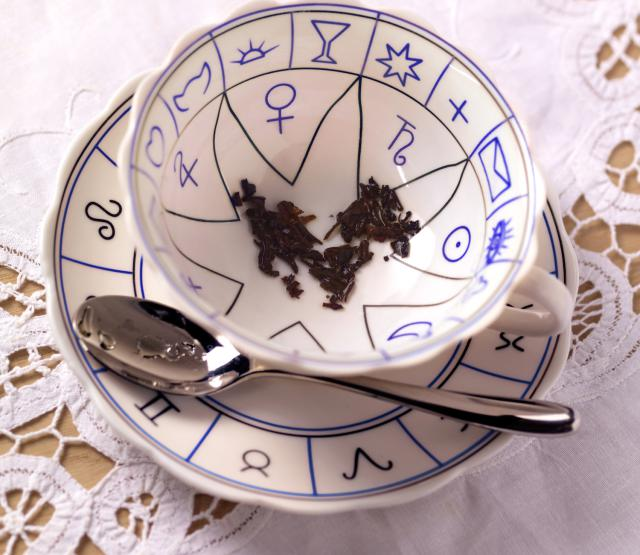 Ah, divination! Now, some of you may think little of this field of study, but remember, there are many that disdain herbology as well, and we know there’s no reason to do that! All magic and studies of magic are important. Methods of divination that physically use herbs -- such as alphitomancy, tasseography, or xylomancy (some of which you will study here at Hogwarts) -- are perhaps the most obvious areas of overlap between herbology and divination, and as such you will be learning about some of these subjects in more detail in your Divination classes in years to come. Additionally, in tarot reading (or in other forms of divination), some seers use plants to direct their magical energies, create a focused or calm environment, or even burn them to cause slight magical effects.

Potions
I know, I know. We’ve already talked about how plants are utilized in potions (and will continue to do so). However, I couldn’t resist a chance to talk about some broader, overarching uses of herbology in potions. First, because plants are easier to obtain fresh and alive (as compared to animals and their parts), plant ingredients are often added to potions when freshness is a factor in the potion’s effect, especially in beauty potions. Additionally, non-magical plants are excellent for adding to potions, especially in beginner brews, because they reduce the risk of explosions or negative magical reactions significantly.

Closing and Final Notes
There you have it, a spread of fields for you to mull over during summer break. I hope at least one of these areas sparked something inside you today, as I always love nurturing future herbologists, or those in related professions. If not, at the very least, I take solace in the fact that I have four more years to share my love of plants with you (or more if you stay with me after your O.W.L.s), and hopefully cause your attachment for and interest in them to grow!

Remember that next year will be a much more practical one. To aid me in that endeavor, you will need to actually collect (or somehow procure) dandelion seeds so that you may grow the plant throughout your studies next term. Of course, if you have a strong preference towards another easy to grow (and quick growing) plant, or for some reason your situation does not allow for you to grow dandelions specifically, you may grow another plant. If you are unsure as to whether your choice of plant is suitable for the project, please contact me with your questions. Good luck on your final and I look forward to seeing you all next year!

In the First Year of Herbology, you will be introduced to the basics of the discipline, including the kinds of plants, how to classify them, the difference between a magical and non-magical plant, and how to care for both kinds of flora. Additionally, First Year Herbology students will learn about a selection of easy-to-care-for plants.
Enroll
Hogwarts is Here © 2022
HogwartsIsHere.com was made for fans, by fans, and is not endorsed or supported directly or indirectly with Warner Bros. Entertainment, JK Rowling, Wizarding World Digital, or any of the official Harry Potter trademark/right holders.
Powered by minervaa