Last lesson we looked at thoughts and how individual thoughts can be altered by magic. We looked briefly into the Imperius Curse, an Unforgivable Curse that will be covered in much greater detail further along in your education. Most thought-affecting magic is inherently dangerous or illegal, so unfortunately we will not be covering those spells in this class. However, today we'll be discussing emotions, and in this case there are a few spells we'll become more familiar with.

Just before the midterm I introduced you to a few exercises meant to help you call to mind several emotions. The goal wasn't to make you angry, afraid or sad, but to practice being able to conjure those emotions at a moment's notice. Before we discuss why this is important, I want to spend a moment discussing emotion. After all, we'll be dealing with them a lot in this lesson, and in some ways the whole class, and it's always a good idea to define what you'll be working with.

Emotion is defined in the dictionary as "a natural instinctive state of mind deriving from one's circumstances, mood, or relationships with others." Basically, emotions don't come from knowledge or logic but from natural tendency. They are in the mind and can come from several things.

Circumstances, such as catching the snitch during a Quidditch match or acing an exam, are the easiest to understand. These are the everyday things that happen to us. Then there's mood, the current emotion we are experiencing. Waking up after a good night's sleep usually makes us feel happy in the morning, while a series of bad circumstances can leave us in an upset or sad mood. Last is our relationships, the feelings that are evoked due to simply being around someone. Generally feelings of love and belonging, or in the negative mistrust and betrayal, only arise due to our relationships.

We are capable of experiencing a wide range of emotions, including joy and happiness, contentment, sadness, anger, jealousy, love, excitement, and fear. As you may recall, a very happy, powerful memory is required to successfully cast a Patronus Charm, and it's unlikely any student at this level could manage it. Today we're concerned with spells that affect emotions, however, not spells that rely upon an emotional memory.

There is a wide range of spells that allow the caster to impart emotions within the target. The catch is that, in order to modify an emotion, the caster must be feeling that emotion as well. To cheer someone up the caster must be feeling cheerful when they cast the spell. The same is true for anger or fear; to make someone angry or afraid the caster must likewise be angry or afraid. The memory of the emotion can be enough to make the spell work in some fashion, but since it's not a true emotion, a memory doesn't work very well. Emotion-affecting magic works by transferring the essence of the particular emotion. It's important to note that it doesn't remove the emotion from the caster. These spells can be cast on yourself, but it is not the easiest since you need to think about the emotion you want to give the target. If you are the target and you are very depressed for example, a Cheering Charm may not be as effective because of your innate sadness.

It's possible to cast an emotion-affecting spell subtly. In this case it's possible the target won't even know they've been affected. In most cases, though, it's difficult to cast such spells with enough power to be effective but likewise weak enough not to cause suspicion. After all, if you were to suddenly go from happy to afraid for no reason, it would be incredibly suspicious.

These spells are also ill-advised for most combat situations. Someone properly prepared for an emotion-affecting spell can resist its effects if they choose. It's also a great way to give away the emotion you're feeling in a battle, which can give your opponent some pretty important information. However, emotion-affecting magic isn't all bad. They can be used to make someone feel better if they're upset or understand better how you are feeling. In fact, these are the kinds of spells that we'll be practicing today. 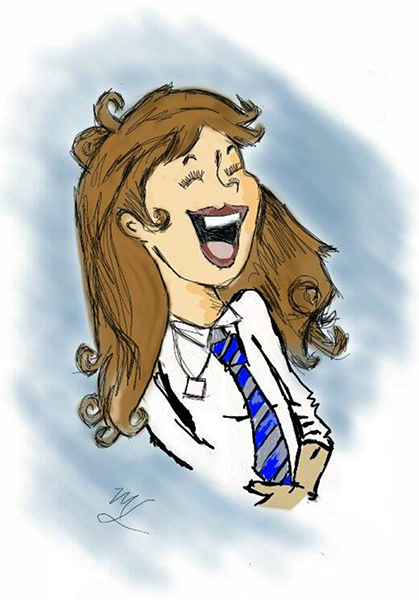 Incantation: Exhilaratus (Ex-hill-ah-rah-TOOS)
Wand Movement: Several quick up and down motions.
Willpower: Minimal.
Concentration: Moderate; Concentration should be maintained on the feeling of comfort and support. Keep in mind the spell's designated target.

The Cheering Charm is one of the more popular emotion-affecting spells. It is capable of cheering the target up, or even inducing mild euphoria if improperly cast. To cast the spell, the user needs to truly feel a sense of happiness, comfort and support and a desire to impart that upon the target. The target also needs to be receptive to the spell. You can't force someone to be cheerful against their will. Healers often use this spell in order to help patients with mental health disorders. Some parents will also use it if their children are feeling ill to raise their spirits and help them feel better.

As noted, the backfire to improperly casting the spell, or by being too cheerful, is that the target will be overwhelmed with cheer to the point that they will collapse into giggles. This can last up to an hour, though the titters usually subside after half an hour. Attempting further magic is ill-advised; intermingling mind-affecting magic can be dangerous.

Incantation: Hortaminis (Hor-tah-MEE-nis)
Wand Movement: A 'J'-shaped motion beginning with the bottom curve (backwards to how a 'J' is usually written).
Willpower: Minimal.
Concentration: Moderate; Concentration should be maintained on the feeling of courage and bravery. Keep in mind the spell's designated target.

This spell, unlike the Cheering Charm, requires a fairly complex emotion to be cast successfully. The typical Charms student should feel comfort, or at least contentment, while practicing spells in class. However, feelings of courage or bravery usually only come about when the caster is in a dangerous situation of some sort and needs to act despite possibly being afraid or apprehensive. The spell is useful when you need to help someone overcome their own fear or apprehension, and the stronger your own courage, the more you'll be able to encourage someone else.

It's possible to practice this spell by filling yourself with the feeling of courage. It won't be nearly as effective as real courage, but it is not recommended that you place yourself in the kind of dangerous situation that could result in injury.

This week you've got a written assignment to complete. It should be fun, but it is required.