For those who have completed Ancient Runes, Year Two (or higher), with a grade of 90 or above, there's an opportunity tto become a PA for the course. You can find the application here:

Review
Welcome to the final lesson for Ancient Runes 201! I hope that you've had an enjoyable year, and are looking forward to next year. We will have very little new material this lesson in order to give you opportunity to study for your final exams as well as the enjoyable final essay.

The Elder Futhark Alphabet
We began the year looking at the Elder Futhark, its history, and its sound values, learning how to transcribe the runes into the Latin alphabet and the basic rules of transcription.

We then spent three weeks studying the runes of the three aettir, learning not only the shapes of the runes and their meanings, but also about their use and significance in Nordic culture and in the wizarding world. You learned the difference between standard and merkstave forms, and how an inverted or upside-down rune can also invert the meaning associated with the rune.

Once we finished studying the individual runes and their meanings, we then looked at transcribing runic inscriptions with regard to the ideographic meanings of the runes  as well as their sounds (or phonetic values), and we distinguished between the different levels of meaning associated with each rune, and how these levels can influence the translation.

Using Runes in Spells, Charms, and Enchantments
In Lesson Eight, we discussed rune-based spells and reviewed the Activation and Deactivation Charms, which can be used to activate both rune sets as well as individual runes that you may have carved into objects. We also reviewed the Enchantment Revealing Charm, which is useful both for activating your runes as well as verifying whether other potentially harmful runes that you may encounter are activated. We covered why runic magic is not as commonly used as other forms of spellcasting, owing to the time it takes to carve runes, the more subtle nature of their magic, as well as the need for a physical object in order to cast the spell.

We also discussed rune-based magic, and covered two examples: the Kragehul I lance fragment, as well as the Lindholm amulet. 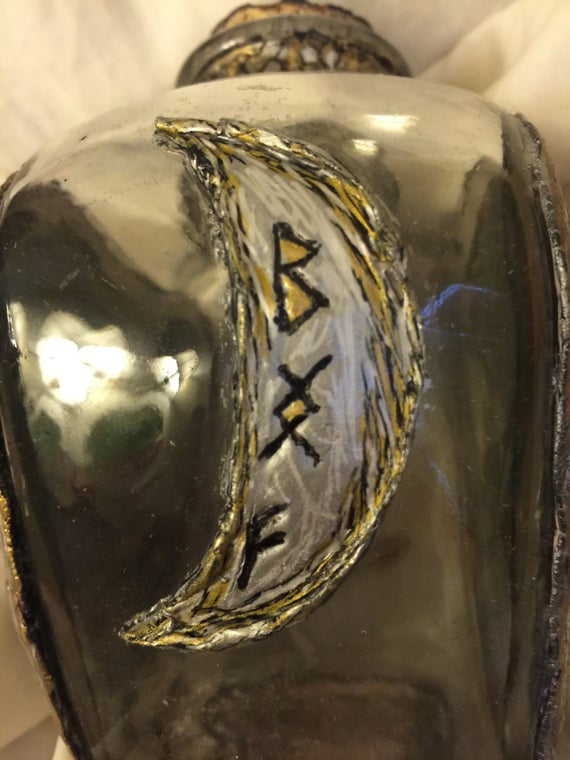 In the sections about using runes in conjunction with other disciplines within magic, we specifically discussed the use of runes on already charmed objects and as an aid to verbal spells.

In potions and brewing, runes are typically added to cauldrons or phials in order to increase the potency or life of a potion. Either the brewer can carve and activate the runes themselves, or they can buy them already carved from a shop or apothecary. Be cautious when using activated runes with potions that have the opposite meaning or intent, however. Doing so will weaken or completely negate the effectiveness of that potion.

Finally, you were instructed to create your own runic spells. Doing so allowed you to use your cumulative knowledge from the year as well as include your creativity and ideas for spell ideas.

Strengths and Weaknesses of Runic Magic
Before we close the topic for the year, I would like to point out a few of the strong points and limitations of runic magic, or indeed any script-based magic. You will have heard about how runic magic is very stable and does not “decay” over time. That is to say, the magic holding the enchantment together does not dissipate on its own. Additionally, you may have heard of how runic magic can be very potent; after all, many of the dangers that curse-breakers deal with are runic in nature (as you might remember from my guest lecture in History of Magic last year).  These benefits come directly from the magic’s permanence and the fact that the magical power of the caster or their wand is not important. Because the magic is applied to physical ideograms and symbols, the magic is focused more and given more lasting power. Additionally, the practice of having magic applied to more than on rune results in magic being “woven” or interconnected, further strengthening the bonds

However, despite these benefits, there are also, naturally, limitations and weaknesses. Firstly, if you are unable to correctly concentrate on the meanings of each symbol and how they are interconnected, the results of your enchantments will be lackluster at best, and unpredictable to the point of danger at worst. Secondly, despite the fact that runic magic does not dissipate on its own, it can be lifted. If anything interferes with the integrity of the runes -- for example, if the stones upon which runes were inscribed begin to crumble -- the magic will not be able to hold. Therefore, the strength and longevity of your magic is only as strong as the material upon which the runes are inscribed. Therefore, paper or other easily destroyed things are not ideal choices. Moveover, the magic can be interfered with, if magic or magical signatures are too close to the runes, causing the original incantations to change in unpredictable ways. 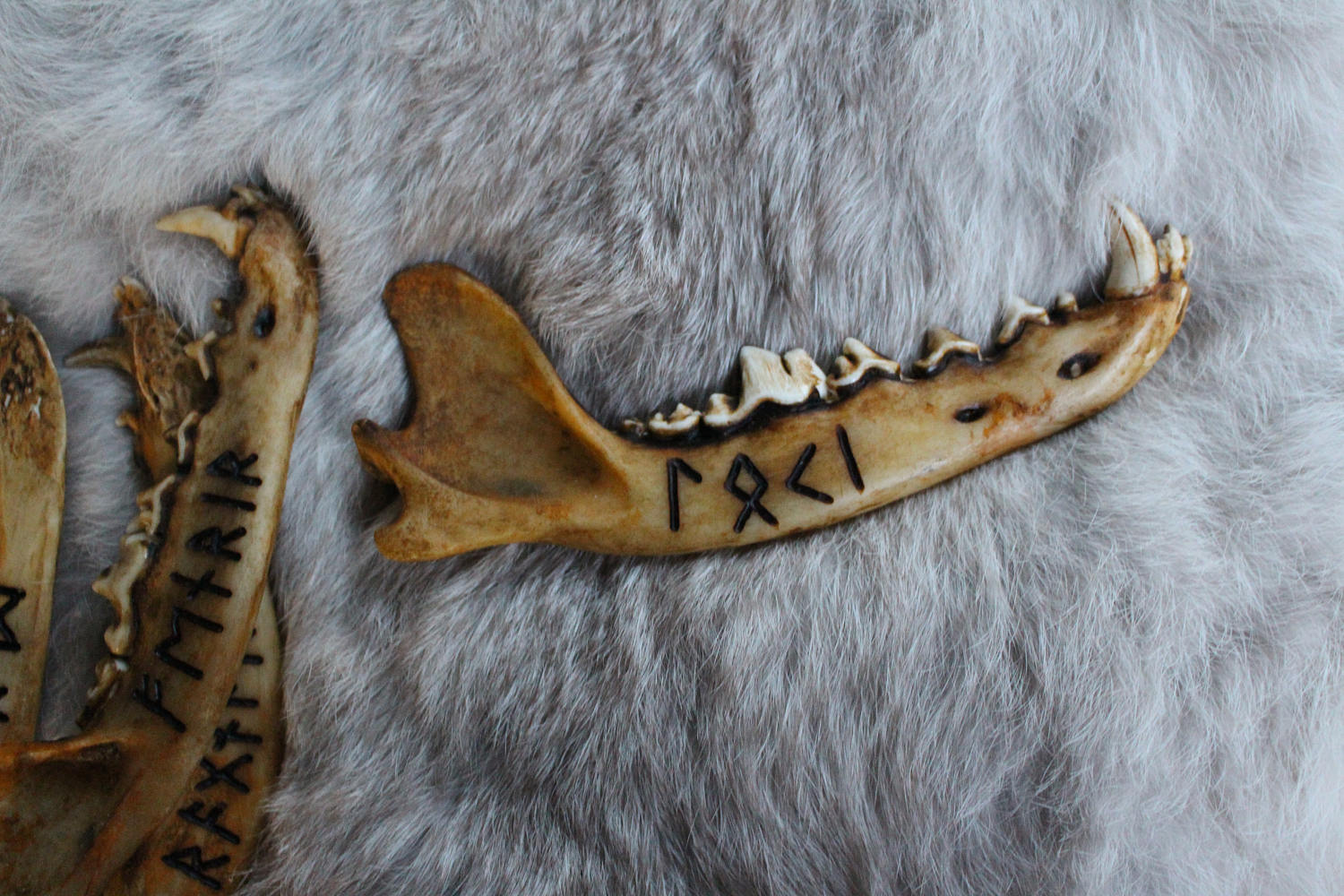 Lastly, while neither a strength or a weakness, there is one last limitation to runic magic to discuss; magical runes need to be applied to natural objects. This is not necessarily true of all runic magic (remember, “runic magic” in its most general sense refers to any magic created by written symbols), but is a common thing and is especially true for runes in the Germanic sense that we have studied this year. If you inscribe runes on something that is not inherently alive -- say, the blade of a sword -- and you attempt to imbue those runes with magic, you may find that the magic will not “stick” (that is, contrary to how runic magic works, the magic will dissipate, or perhaps never make it to its full potency). Much preferred materials are hides of animals, parts of plants (specifically bits of wood) and even carving runes into nature itself, such as on a hill.

As the more astute of you will have noticed, however, most of these materials are neither very practical (you cannot carry around a hilltop with you as a talisman) nor very long-lasting when compared to materials like stone and metal. There is one way around this that was often used -- as, we  have seen examples of runes inscribed on non-natural materials. In such cases where once-living materials were either not possible or practical bases, a non-living base may be selected. However, the magic must be bound with some fluid inherently essential to life. The most common of these is blood, though there are others that I will certainly not be going into when speaking with Second Years. Using the direct application of these life-giving fluids, it is possible to imbue runes on non-living items with the same kind of permanence as described above.

Assessments
But that is enough for now. For the final, you have quite a few assignments. However, many of them are optional. Firstly, you have part one of your test which covers facts on all the runes of the Elder Futhark, as well as their history, and their uses in any and all forms of magic. You also have an assignment in which you need to translate some runes. Additionally, there is an essay which you can complete for extra credit in which you will be discussing three images from our very own Azkaban prison that involves runes, as well as hypothesizing the reason for their usage and their meaning in this context. Lastly, there is a bonus transcription practice that I have included due to feedback from students saying that they would like more practice. Be warned, though. These transcriptions are harder than usual.

I have also included an assignment that requires filling out a feedback form where you can tell me how you liked the course and what you would have liked to see in the class. This assignment will direct you to a Google Form and, once you have completed it, it will provide you with the “keyword” to enter into your essay. Best of luck with your various final assignments, and I look forward to seeing you all next year.

Have you ever come across strange markings in old, worn books and wondered what they said? Do you have a love for languages and writing? Would you like to learn some of the world’s oldest magic? The study of Ancient Runes is a course concerning itself with ancient magical scripts from around the world, their history, their linguistics, and the spells they were used to compose. This year, prepare to enter the world of the Nords, the councils of the magi, and the halls of Valhalla.
Enroll
Hogwarts is Here © 2022
HogwartsIsHere.com was made for fans, by fans, and is not endorsed or supported directly or indirectly with Warner Bros. Entertainment, JK Rowling, Wizarding World Digital, or any of the official Harry Potter trademark/right holders.
Powered by minerva-b