You must be very lost if you ran into me. If you're here to ask me what I do for work, you'd have more luck breaking into Gringotts. If not, AMA!

General Appearance
He is quite tall, standing at a towering 6'3 ½" with a muscular build. Jet black, spiked, slicked back hair, accompanied by a short, jet black, wolverine style beard. His eyes are an even combination of amber and blue, which from afar makes them look grey. When hungry, his eyes turn an amber, yellow color along with the Sclera turning black and deep purple veins begin to appear along the outside of the eyes. An unhealed scar is visible across his right eye from a previous encounter he had with a werewolf while hunting. The underside of his eyes are accompanied by dark circles and freckles spread across both cheeks and nose after losing pigmentation in the skin due to vampiric change. His teeth are perfectly straight and white with slightly enlarged canines on both the bottom and top rows that can grow up to an inch long. His Dark fingernails can grow up to a sharp 2 inches long on command, and are usually used for slashing and impaling. Both of his ears have two black helix ring piercings going down the side and black lobe piercings. His tattoos include two Haida tribal full leg sleeves starting from his feet and ending around the upper thigh, as well as a tattoo of a plague infected, two headed raven holding an hourglass, spread out across his upper back and up the right side of his neck. His tongue is also jet black, likely due to vampirism. Usually dressed in a variation of black and dark purple clothing items such as, biker jackets, trench coats, suits, long robes, etc. His vampiric abilities include immense strength, super speed, regenerative healing factor, mind control (compelling), extremely heightened senses (smell, taste, hearing), camouflage, natural night vision and blood flow vision. Weaknesses include garlic, vervain, wooden stakes, fire, and some silver objects. The full extent of his vampiric abilities are still unclear.

Born from a Romanian Vampire and a Native American witch, Ajaxus "Jax" Reaper (Makah native name: Ajaxun'awa), is a middle child of the Reaper household and is also a member of the Caedes Coven. At Hogwarts, Jax became one of two Ravenclaws in the Reaper household along with his sister, Gabriette. His older brother Deacon, his younger brother Lazarus and his younger sister Victoria were all placed into Slytherin. Jax was also the only hatstall in his family. The sorting hat took nearly 7 minutes to decide whether to place him in Slytherin or Ravenclaw since he had an immense amount of traits pertaining to both houses. Due to Jax's Vampirism, he also wasn't susceptible to having his thoughts read by the sorting hat, which gave it further trouble in placing him in the correct house. In the end he was placed into Ravenclaw, becoming the first Ravenclaw in the Caedes Coven. During his time at Hogwarts, Jax produced top marks in Defense Against the Dark Arts, Divination, Transfiguration, and Alchemy. By his fourth year at Hogwarts, Jax had already created his own spell, as well as learned the ability to Transfigure himself into a Humpback Whale Merman. This transfiguration allowed him swim in the black lake for as long he wanted. He also used this ability to communicate with the Slytherins through their common room and dorm room windows under the black lake. Jax created the,"Gallowkamora" spell, which would eject a long, "Kunai like" spear attached to a chain from the wand, and impale anyone or anything it was aimed at. He mainly used this spell to spear fish in the black lake and hunt at night in the forbidden forest, but wouldn't shy away from using it in a duel if the time came. Jax became familiar with all the secret passageways, hidden chambers, rooms, and restricted areas in the castle that he found from years of restless nights exploring, and had the prefect, teacher, and caretaker nightly patrols down to a science. During the winter months, when game was scarce in the forbidden forest, Jax would use the one-eyed witch statue passage to stock up on Blood-flavoured lollipops from Honeydukes, and would then stash them in his trunk. Jax played as a beater for the Ravenclaw quidditch team, and was almost scouted by Ballycastle Bats. He played from his second year up until the end of his sixth year, where he would then become head boy during his seventh year, and no longer had enough time to play for the team. Jax would then go on to graduate Hogwarts and was recruited to work for the Ministry of Magic's Department of Mysteries. 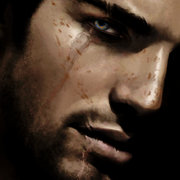 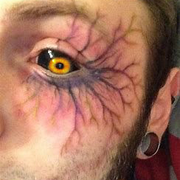 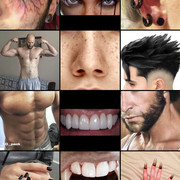 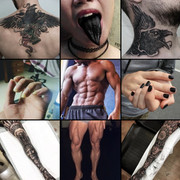 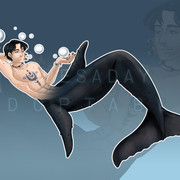 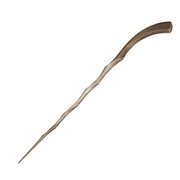