<font face="Athelas">
<font size=2>Marion Clarke is a half-French half-British pureblood witch with a line of Veela and werewolf ancestry who is currently attending Hogwarts. She has a love-hate relationship with her Siamese cat named Merlin whose mostly silver fur reminds her of Merlin's beard.</size>

Marion is the product of a fling between a pureblood French witch and a British wizard-turned-werewolf. She was born in France eight months after they'd met. As soon as her mother found out her partner's true identity, she stopped their relationship and opted to raise their daughter by herself, scared that a werewolf might one day turn on them. Feeling guilty that he lied and not wanting to hurt them, Marion's father fled to England.

On her eleventh birthday, Marion received a letter from a tired owl who had flown from England to France to invite her to attend Hogwarts School of Witchcraft and Wizardry. Her mother, who used to be the French equivalent of Head Girl at Beauxbatons, sent Marion to Beauxbatons where she would be disciplined and away from her "useless" father. Marion hated what she called the "arrogant snobs" that attended Beauxbatons, and wanted to leave immediately.

After two years of purposely misusing magic and failing exams (even studying the right answers just so she'd know which ones not to choose), Beauxbatons eventually kicked Marion out, despite her mother's persuasion and close ties with the headmistress. Marion's mother, not wanting her daughter to be a Squib, had no choice but to send her to Hogwarts where she would live with her father.

Marion was put in "evil" Slytherin, to which her mother sent a letter that remarked angrily in French, "It's your father's fault!" Marion's father was in hysterics when he heard her mother's response; he used to be in Ravenclaw.

Marion became a Beater because the Slytherin Quidditch team told her a girl couldn't, and the captain bought her her cat Merlin after she won her first match — a cat that ironically has a love-hate relationship with her as she is part-werewolf. 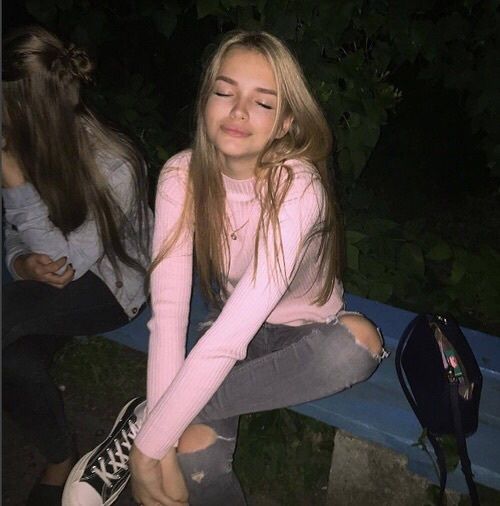 With only a slightly Veela appearance, Marion has dark-gold hair and a sweet, doll-like face — a contrast to her fierce personality. She has a small, lithe physique like that of a Seeker rather than a Beater, which is often misleading and used to Slytherin's advantage, and a light tan from many hours dedicated to practice. She inherits her doe, dark brown eyes, her freckles and her deadpan from her father, but her facial structure and nose from her mother.

Marion's best personality traits consist of selflessness, diligence, shrewdness, intelligence and quick wit. Wanting to rebuild her father's life, Marion raises whatever money she can to support him by working, despite having to lie about her young age, showing her selflessness, commitment and high ambition. Her diligence is shown as she completes the work she is interested in to the best of her ability and often achieves the highest marks. She is also a master of quick retorts, often using sarcasm or dark humour. Marion isn't naive; she's shrewd, open-minded, frank, and will admit to being wrong and a hypocrite at times.

Marion's weakest personality traits consist of aloofness, a devil-may-care attitude and only being engaged when she chooses to be. She despises having to share or teamwork, as she believes independently working is the only way for her to achieve her maximum potential. She only engages in class when it's a subject she is interested in, such as Defence Against the Dark Arts, but will opt for sleeping or skipping if it's History of Magic; this makes her lazy and uncaring when she isn't motivated. Her shrewdness can often come off as condescending, and she can be manipulative to those she doesn't like. She isn't vindictive as she believes revenge is for trivial people, but will break rules if she feels they'll help her achieve her goals.

Marion's frankness is good in the sense that she'll always tell the truth and won't lie (only keep seem information to herself, which isn't technically lying). It's bad in the sense that her honesty, when expressed in certain circumstances, can hurt other people, limiting her friendships.

Wanting to see her father in his werewolf form without getting hurt, Marion became an illegal Animagus with the help of a preppy Ravenclaw witch in her debt and her cunning Slytherin Quidditch captain. Her Animagus is the cunning Arctic fox.

As the only girl on the Slytherin Quidditch team, Marion is generally a very good player — especially as Beater, a position requiring a lot of strength and is usually reserved for boys to play.

WORKER FOR THE DEPARTMENT FOR THE REGULATION AND CONTROL OF MAGICAL CREATURES.

Marion believes in the rights and freedom of werewolves, her father being one, and working for the Department for the Regulation and Control of Magical Creatures will help her, one, earn money and, two, establish laws to help her father.

Marion, though it can be perceived as selfish or selfless, would only be an Auror for the high salary (which she would share with her werewolf father) and ease, as she is already proficient in the subjects required for entry.

Marion believes being a Beater for a professional Quidditch team would be a good option, but also a riskier one as there are plenty of sufficient Beaters in England.

Marion strangely doesn't have a proper reason for this one. ☆°。