"It might seem impossible, but if you try hard enough you might bring just about the miracle you need to achieve it."- Roland Targaryen.

On a sunny day in May,flowers of the middle spring glading through the subtle wind of the afternoon, when the sun is blazing with its kin upon the hot landscape,when you can finally go to potions without a coat on, because it's finally warm enough, too warm in fact, you decide to drink ice-cold water from a simple, transparent glass.Is said glass half empty, or full?

Do YOU know the answer?

If you do, then help me, because I have no idea... yet, I asked this question when I have been just asked to resume my life,which, as you might not think ,it really fits me, for reals.

If you don't, well then welcome to my life,it started 17 years ago,right on this day, 20 July 2002.And before you ask, no, I am in NO WAY starring in Game of Thrones or something, it's just a... coincidence, let's just say J.R.R. Martin's trip to Romania never happened, okay?Good, now, let me get back on topic, and fast forward time to my brother's, Joseph's, 18th birthday. I'm sorry, I've went through this way too many times, and I am not going to go through everything okay.Let the fact that my mom and big brother had been cursed with some unkown type of magic by a notorious green prostitute, okay? Eversince then... Sorry if it feels like I am bullshitting, but it feels like I've been marked,and maybe so were Daenerys and Tudor... things could have gone so many ways, and I am still wonder why... they happened the way they did. A lot had happened since, nobody could break it, we just nickednamed it "curse" because we didn't know what it was.We called every healer we could have thought of and still nothing, my dad was super upset, he was visibly affected and I am pretty sure things were even more intense than I remember them, but alas, in the end.. I guess this curse was the thing that started everything.

I went to Hogwarts,as a 11 year-old kid, I was of course be ecstatic to be sorted, I got a bit pale when the sorting hat took a grand 6 minutes to sort me,but ,both me and him thought that ravenclaw would be a better choice over hufflepuff, I mean, I am still questioning it from time to time.Anyway, my first 4 years were ... pretty normal. Just Tudor trying to lowkey murder me, but that passed, and so did he, because he became a vampire,but that's a story he'll have to tell. I am going to stick to that part when I had to decide between becoming an auror or a healer. I guess it's obvious, that's also something I.. question myself about, it's obvious, I've chose the auror, I was so excited, I got to know that I would have to study a lot, even after Hogwarts, and, and I even got to know about the auror program, I was a little excited, the head of house even gave me the application paper!...

Little did I know that the momment I signed my name on that... I'd be up for a lot .

The guy that took us in was Bill James Song, oh boy was I delighted, and I am still fucking delighted to this day.I had seem him around the castle, I've heard he was the leader of the ravenclaw dueling club, he wasn't a student, quite picky if you ask me for a mere club.Alas, we had training, I still remember to this day, the combination of the bad-bogey curse and the Slugulus Eructo is quite the combination, in retrospective, no dark wizard ever uses any of those, and even I ditched them, even if they were my favorite spells.It's painful, it hits like a truck, but if somebody wants to hurt you for.. good, they will use something else, believe me.Also, I've been so enarmoured with the idea of.. beating the dark, that I even moved into a dorm with him, much to my sister's disdain, and then I got to know Genevieve better, a girl I had used to see around before that point, and after not much time, Ryan with the FAA too came along.I've had my best times with them,we've had so much fun.. it was almost like a dream, even at work, we found ways to make things, even if a bit, more happier...But... things **had** to go downhill,right? Obviously, they didn't have to ,but they went regardless.Sometimes, I want to talk to this **things** person. I want to punch them in the face.

Now I guess you understand what I meant by that question,right?

Bill turned out to be the worst, possible head auror ever.Not only did he kill dark wizards without sending them on trial, which, I guess by some it might not be that much of a problem.. but... he killed a student,Jack, Gen's childhood friend, when he ne no had to clear evidence, and ... you see now?I was there, I should have.. done something, but ... he did .. anyway, and ... oh shit, I was so broken that night, I even threw up and couldn't sleep, but you should have seen Gen, for a while, I couldn't bare to look in her eyes, I felt guilty, I felt like I failed her as a friend, and maybe also as a colleague.I've stood around that part of the dorm, looking at how Bill still tried to ... I am pretty sure they might have had something,I wouldn't be suprised nor angry, well angry at least on Gen.Bill kept doing raids on dark organizations, decapatating, and continously discredit us, once saying we were the worst, that sort of thing.Long story short we were fed up and somehow managed to get him fired, basically, stripped him of all his titles and positions and made him turn himself into a seed, which is locked in the DOM now.Ryan became the head auror, and for my suprise, I became the deputy, which had me in a really thorough shock.I hadn't even given my O.W.L.s at that point, it was crazy, though, I don't even know how I even found the time to study, but somehow I got really good grades and made my way into my N.E.W.T classes without issues... if only dad could have seen my grades...Let's fast-forward things.

Summer came around, searched for my vampire brother, got reconciled, Daenerys and Tudor remained at home. We found out about a pelicular form of magic, shadows nearby. Year 6 came by, more shadows.What are shadows?Some pelicular entities which grow from people's dark emotions under some kind of influence.. so... yeah, wierd.Gen came back, more work. You might wonder why I hadn't mentioned Ren.News flash: they broke up. News flash: Gokami is a thing now.News flash: The same woman who tried to kill Ryan's father had also tried to kill Ryan.News flash:Ryan's got a girlfriend : Scarlett.Question : Who hurt Ryan? A dark wizard?No.Somebody from a dark organization?No. Okami?No.Gen?No.Me?DEFINITELY NOT.Oh no, it's Ryan's siblings!

From youngest to oldest : Ana.. I mean Gloriana, Raven, Eli..no,Jocasta.The middle one is the boss, the first and the last were the minions, they went for the people close to Ryan,the latter went for the me, the former for Scarlett.They tried to go for Ryan because they thought we were the wrong, they wanted us out of the picture, murder us.Oh yeah, they turned to be the coolest people ever, except Raven! Fuck Raven! Gimme Gloriana, I'll make her cupcakes!That girl, she's sweet. Before Raven was beaten with the power of friendship,love and a cool-ass shield I invented,Gloriana was at Hogwarts, and.. we met, Anna was a fake name, but I am glad that I got to know that Anna, and Gloriana, and that I could heal her. Okay, I can't sum up everything, movig on! After a cross-universe get together, summer rolled around again and with some divine intervention.. oh, I almost forgot : news flash: angels exist. News flash: guardian angels also exist, but they mildly suck at thier job, okay, not totally, but ... it's complicated, I don't even understand.Anyway, I broke the curse, finally, light magic, yes, that helped, and yes, that witch, who put that curse, is not a witch, it's a shadow.And here I am, what's coming next?I don't know. But I got the answer for the question: both.The glass is both of full and empty, you might not be able to consider both states at the same time, but you can't consider one without having the other one in the mind.Just as I can't consider the good things that happened without having the bad things in my mind, for they are the whole reason why the good things happened. We must be proud of the darkness in ourselves, for that defines the light, and vice-versa.I might be wrong, after all I am a deputy auror who cooks cupcakes and made a meeting about the jelly he invented. But shall the wicked come, I am ready.We are going to kick ass.

Leah :probably the only minister that could say she kicked somebody in the balls.

Ophelia :for being so cool and probably the one of the few cool people in that god-damn tower.

Quincy: Sorry for the last one, I am sorry for casting that shield.

Cassie:for being an inncoent cinnamon roll Cassandra: it's cool to have somebody from home around

Victoria:Where the hell are you even, girl? I'd like to get to know more about necromancy.. for general culture.

Okami: You are not a God, so just stop.

Ryan:He's so cool, it's off the charts!

Scarlett: I'll accept her as my best friend's girlfriend.. not like she needs my validation and she knows it.She's cool.

Roland is a ravenpuff, and that aspect is kind of visible.He got a thinking side which he uses for the things he studies, for his auror work, and the spells he invents,from the diffiicult potions he brews to the difficult protection spells he pulls off, he uses the hufflepuff side to cook his cupcakes and be kind and gentle, loyal to the bone and hard-working.He's thoughtful, sometimes that leads to inaction, he's a bit subjective of his friends, but tends to get a bit more neutral now.He enjoys cooking and wouldn't give his job for anything in the world, his new new ambition is to make sure that things run as efficiently as they can, by inventing spells and enchanting objects,and tries to do his best to rid England of people like Raven or Bill.He's in a really joking mood sometimes, but can be really serious when things go down a certain path.

He has black hair, green eyes, he's pleasantly tall and his shoulders are well-shaped, usually rocks bottom shirts and a palton, he can easily switch alter his appearance due to his transfiguration skills, but usally he keeps to his slightly curly hairstyle.

Roland's crazy good with protective spells, shields, that sort of stuff , and also transfiguration. He's an owl animagus and thus he might be able to easily go undercover, esspecially during the night, due to the black color, not mentioning the fact that he can alter his appearance,although for a short amount of time.He can easily cast spells nonverbally or without wand-movement, he had been trying to cast spells by not using incantation, nor any wand-movement, but that needs some work.He's a bit below average at physical combat. His two best shields are : Aquaclipeum, the water shield and Obiaris, the silver shield. 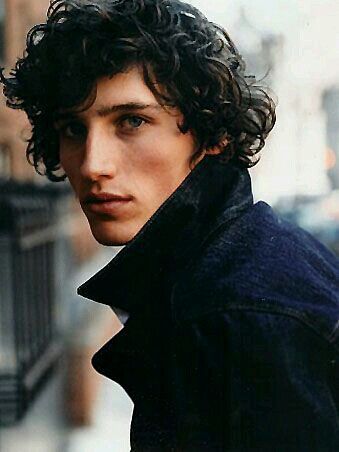 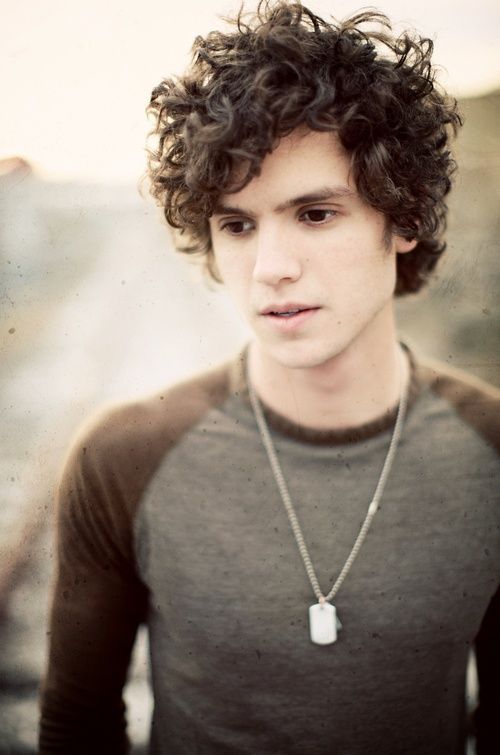 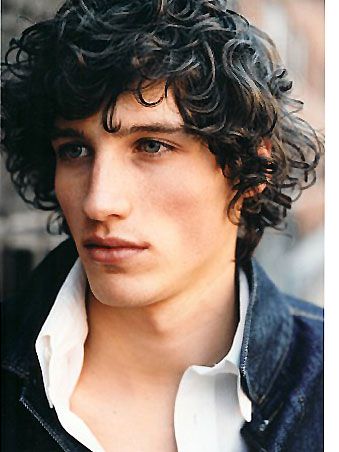 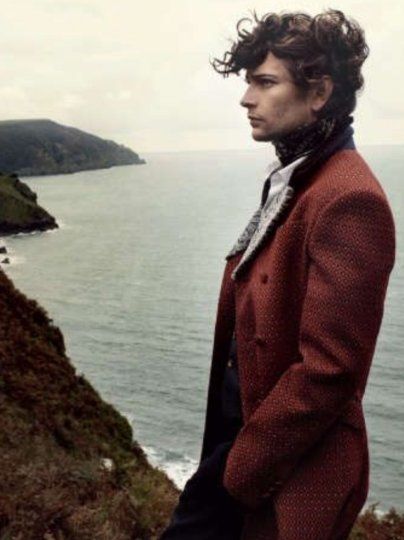