Arsenius Jigger was a notable potioneer, former Ministry of Magic employee, and professor of Defense Against the Dark Arts at Hogwarts School of Witchcraft and Wizardry. Following his retirement, he traveled the world studying various forms of defensive magic and potions in the hopes of giving young people a solid foundation in magical knowledge upon their entrance into Hogwarts. The following represents the third printing since Jigger’s original publication of Magical Drafts and Potions in 1856. Although the content remains the same, the editor has left footnotes to denote changes in legislation, theory, and other relevant content.

Before a witch or wizard can begin bubbling buxom brews, it’s important to assemble the necessary tools of the trade, as it were. Although certain aspects and traditions of potioneering do vary throughout the world, most of the tools used are relatively uniform in appearance and style. In this chapter, we will discuss the most important objects in a witch or wizard’s potions closet, as well as delve briefly into the history of these objects in the magical and non-magical worlds. 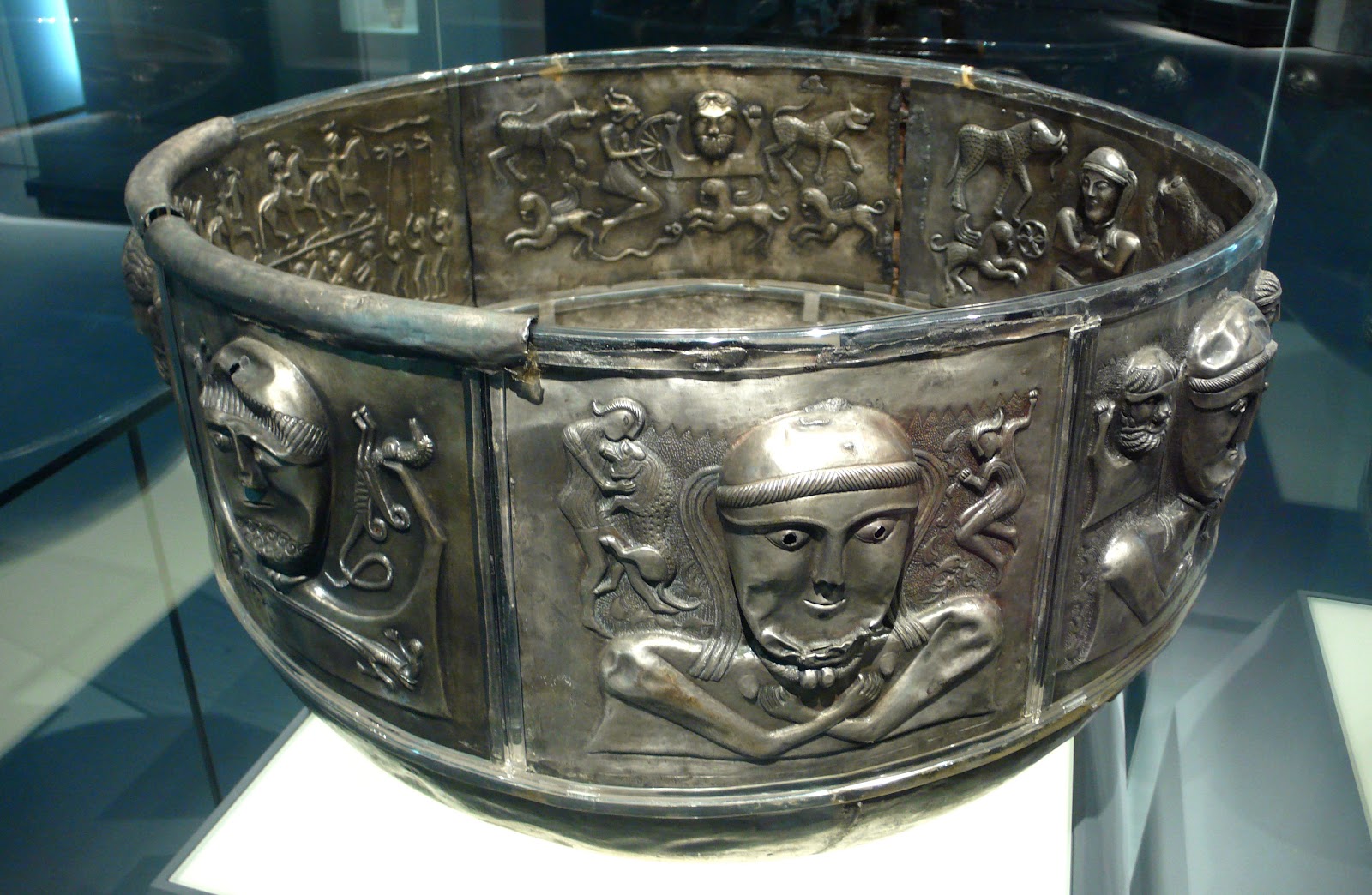 As discussed in the introduction, the cauldron is one of the more iconic symbols of magic stretching back to ancient times. The cauldron is also probably the most important part of your potions closet.[1] We see the world “cauldron” first in use in the 13th century, borrowed from the Middle English word caudroun, which was derived from the Anglo-Norman caudron. This comes from the classical Latin word caldārium, which means simply “hot bath.”

However, the cauldron was, of course, used prior to the 13th century. Our word “kettle,” in fact, comes from ketill, the Old Norse word for the cauldron. Magical and Muggle archaeologists have uncovered cauldrons dating back as far as the Bronze Age, which lasted from 3200 BCE all the way until 600 BCE. Prior to the use of bronze cauldrons, it is thought that prior to use of metal cauldrons, stone and even wood vessels may have been used by magical kind in order to brew potions and mix magical poultices and salves. We will cover the types of potions that may have been used during this time in later chapters.

The most common materials used for cauldrons today involve pure metals. In the United Kingdom, we typically see pewter, brass, copper, and silver cauldrons. Pewter and silver cauldrons are the easiest to use - pewter is the most inexpensive type of cauldron while silver is the most expensive. Brass and copper cauldrons have medium brewing speeds. Copper cauldrons can be a bit temperamental and difficult to use, as they have the fastest brewing times, and incorrect calculations lead to the most errors. Another popular organic cauldron material is the fire crab shell. Fire crabs live in the Fiji Islands, and the magical communities native to the region make a good deal of money exporting the shells as specialty and special occasion cauldrons. Although they are not as plentiful as metal cauldrons, they are almost the best for brewing, although the reason for this is yet unknown.[2]

Materials of cauldrons made elsewhere include tin and cast iron. It is interesting to note that, while Muggles have taken to using alloys - or combinations of metallic elements - for many metal-based materials, the magical world has not yet begun to utilize this technology for making cauldrons.[3]

Most utilitarian cauldrons do not have many embellishments, although several will have charms, enchantments, and activated runes carved into them to enhance their efficacy, particularly when a witch or wizard uses that cauldron primarily for brewing one type of potion. This is a more advanced concept that may be covered in a more intermediate publication. However, as seen in the illustration of the silver Gundestrup cauldron from sometime between 200 BCE and 300 CE, particularly expensive cauldrons may be quite decorative in appearance.

Objects for preparing potions ingredients prior to use are also important to consider. Scales, measuring cups, a mortar and pestle, a cutting board, and a knife of some sort are all crucial elements of your potion closet. Scales and measuring cups are interesting to note, as they are the most varied throughout the magical world. For example, in the past fifty years or so, European witches and wizards have adopted the metric system, standardizing a system that was previously varied even within European countries. However, should a potioneer travel to the United States, much of the measurement equipment there will be measured in US customary units. Traveling to Asia, Africa, Central and South America, and Oceania, one will see even further discrepancy in units.[4]

A sturdy stone mortar and pestle is also preferable, although you will see many made of wood in various apothecary shops. The author usually advises against both a wood mortar or pestle, however, as wood chips much more easily than stone. Potions are very temperamental, and the smallest wood shaving has been known to ruin even the simplest potion. There are also metal-derived mortar and pestles available, which are fine if you are fine with the feel and sound of metal. However, stone tends to be a little less harsh in texture, and also creates a slightly more consistent crushed powder. Stone or metal is simply an aesthetic and tactile preference, however.

When discussing protection and storage for your potions once they’re brewed, most potioneers prefer clear glass or crystal phials. However, in the past, many witches and wizards used wood, leather, skins, and other materials to store brewed potions. The author cautions against such materials, however, as they can often contaminate the finished potion. Glass has proved to also be conducive to the best temperatures and light exposure for potions - although ensure the proper storage methods for your potions before you bottle and store them.[6]

Once a witch or wizard has collected all of this material - the cauldron, preparation and measuring devices, safety, and storage equipment, they are ready to begin to investigate the foundations of brewing.

[1]The terms “potions closet” and “potions lab” may be used interchangeably these days, although previously the term “lab” was not utilized, as it was deemed too close to a mundane Muggle concept.

[2] Beginning in the 20th century, the Ministry imposed heavy regulations and protections for fire crabs, as poaching led to drastically reduced populations and a threat of extinction. It is now thought that the magic inherent in fire crabs and their DNA may be the reason that their shells made for particularly good brewing vessels.

[3] In the century subsequent to the publication of Jigger’s book, witches and wizards in Vienna did begin to experiment with the properties of alloy cauldrons. Magical tendency towards tradition still does not make this popular in most of the world, but there have been some curious experiments done about the impact alloys may have on the brewing process.

[4] It is now actually most common for the majority of magical nations, excluding the United States, who is rather stubborn about their measurements, to use the metric system. This system increased in popularity in the years following the publication of this book, and now most magical communities in Africa, Asia, Europe, the Americas outside of the U.S., and Oceania.

[5] Today, while we do not wear aprons quite so often in the lab or closet, most Potioneers also recommend the use of goggles to protect the eyes.

[6] There are also now tinted phials for potions that should be kept out of direct sunlight. Glass and crystal remain the best materials to maintain temperature, but the need for darkness and shade for some potions precipitated the popularity of manufacturing tinted phials for such purposes.