Arsenius Jigger was a notable potioneer, former Ministry of Magic employee, and professor of Defense Against the Dark Arts at Hogwarts School of Witchcraft and Wizardry. Following his retirement, he traveled the world studying various forms of defensive magic and potions in the hopes of giving young people a solid foundation in magical knowledge upon their entrance into Hogwarts. The following represents the third printing since Jigger’s original publication of Magical Drafts and Potions in 1856. Although the content remains the same, the editor has left footnotes to denote changes in legislation, theory, and other relevant content.

As wizardkind entered the 19th century, there was a backlash among professional potioneers who sought to escape the somewhat whimsical inventions right after the creation of the Statute of Secrecy and throughout the 18th century. Following in a more rationalist tradition, European potioneers turned to practical use of potions and study of ingredients. It was during this time that potions masters and mistresses also adopted the somewhat intimidating reputation among other branches of magic. Perhaps, in the estimation of the author, such a somber approach to Potioneering is sometimes necessary in order to remind wizards, both young and old, of the dangerous and often fatal consequences of using magical ingredients without care or caution.

During this past century, the profession of healing, in collaboration between herbologists and potioneers, once more became an esteemed and valued tradition. During the dark days, when witches and wizards were afraid to practice their craft, many old healing arts were lost to rumor and legend, and often magical practitioners adopted almost Muggle healing techniques in order to escape detection by the clergy. Following the initial drafting of the Statute of Secrecy, much more exuberant and frivolous potions were created and shared among these closed wizarding societies. However, now that such communities were becoming well-established, it became necessary to revisit older and more important uses of potions.

New centers of potioneering research have emerged in the past fifty years or so, particularly in wizarding communities in and around London, Riga, and Bucharest. These cities use traditional knowledge of ingredients and potion recipes prior to the days of oppression as well as the defensive and protective potions created during that time in order to research and innovative easier methods of brewing as well as stronger results. Hogwarts School of Witchcraft and Wizardry in Scotland has also frequently attracted the most talented potions masters, not only in Great Britain, but throughout Europe as a whole, to teach young minds the latest theories in potioneering.

Very recently, there has been an article in the German-based Eule des Trankers from a bit of an upstart group of potioneers in Vienna who have the thought to use mundane scientific methods to research the composition of potions based on Muggle units of structure they call molecules. While these are not concepts that the wizarding world is entirely ignorant of, this research has been met with much skepticism, derision, and in some cases, even fear in the magical community. As we still stand so close to the persecution we faced prior to the enacting of the Statute of Secrecy, the utilization of mundane and Muggle sciences and technology disturbs and frightens many older and more traditional witches and wizards. 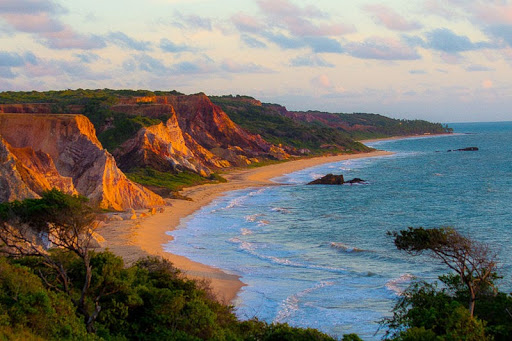 With the author’s thorough research and extensive travels being taken into consideration, it appears that, looking into the future of potioneering, we can only expect a continued surge in cities such as the three mentioned above. There have also been some promising reports out of the Paraíba region of Brazil, likely owing to the recently-established academy for young wizards about a hundred kilometers away from the city of Natal. Perhaps as this school continues to flourish, the next century may see some important developments out of this region that will impact European potions practice.

While the author has received scattered inquiries about his impressions of the future of potioneering in Vienna, he can only say that if they keep down this progressive and rebellious path, it is likely that they will find themselves excluded from potioneering society as a whole.

In the following chapters of this text, the author will discuss a brief history of potions outside of Europe and Great Britain. While many regions of the world have developed a somewhat European vision of magical use and education, they all possess their own unique history and magical background worth studying in further depth for those interested in expanding their knowledge of potions.

Editor’s Addition: In consideration of the publication date of this text, which was one-hundred and fifty years prior to this edition, the editor thought it appropriate to discuss a few of the important events which impacted potions in the late nineteenth, twentieth, and early twenty-first century.

In fact, Vienna almost did lose its young place in the potioneering world during the first half of the twentieth century, not strictly in relation to its “rebellious” path in that field, but rather its sinister place in magical and Muggle world events. Following the rise of the Dark wizard Gellert Grindelwald at the end of the nineteenth century and into the twentieth, as well as the two Muggle World Wars, Vienna and Austria as a whole found itself in tumult and on the losing side of conflict for the greater part of the first half of the century. Housed so closely to Grindelwald’s prison, Nurmengard, the particular form of research that these young revolutionaries began to undertake in the middle and last part of the nineteenth century was particularly dangerous, so they once again had to go into hiding, this time for their interest in science rather than in magic. Many of the best minds of the magical-mundane research left Europe as a whole, and moved further east to Samarkand and Tashkent, and even into China.

While Great Britain remained mostly untouched, owing to Grindelwald’s fear of former Hogwarts Headmaster Albus Dumbledore, the rest of Europe experienced a new form of terror. While formerly a simple display of magic was grounds for oppression and imprisonment, now any form of sympathy or mild disagreement with this Dark wizard and his followers could lead to imprisonment or worse. Older, more traditional forms of magic persisted, but innovation and creation was stifled under this regime.

Although most witches and wizards were not directly involved in the Muggle World Wars, repeated select bombings throughout the Second World War also did impact certain regions throughout Europe, Asia, and Great Britain. There is a small, yet notable list of magical people who perished as a result of this Muggle conflict. There are still a few of wizardkind who have not yet forgiven Muggles as a whole for the loss of those wizards and witches - despite the losses that were inflicted to Muggles during that time as a result of Grindelwald’s own acquisitions.

Following the imprisonment of Grindelwald in 1945, there was a hesitance in the potions community to become once again involved in the new research that had been started before Grindelwald’s ascent and terrifying reign in Europe. However, in the 1960s, Gabriele Stürmer, a half-blood witch from Linz, wrote a paper that was published in Eule des Trankers called “Molekulare Veränderung in Übergangselemente.” The report was entirely theoretical in nature, but it mentioned for the first time not only the explicit concept of molecular changes in potions during the brewing process, but the still hotly-contested term of “transitional ingredients” in potions.

Eule des Trankers fell under harsh scrutiny for their decision to publish this report, but they maintained their support for Stürmer and her findings. As a result of their continued advocacy for such pieces, over the following two decades, potioneers who had abandoned Austria and Europe as a whole gradually found their way back to Vienna, where Stürmer moved following the publication of her article. There was concern following the rise of He-Who-Must-Not-Be-Named in Great Britain in the 1970s, but despite You-Know-Who’s insidious presence in Great Britain during that time, his presence in Great Britain was not quite as seriously felt in the rest of Europe.

Vienna has always been a somewhat progressive and “weird” place for potioneers to find themselves, and have often been termed the magical equivalent of “hippies.” Nonetheless, while Riga, Bucharest, and London do not necessarily promote Vienna’s particular breed of young and often half-blooded researchers who have invested themselves in the specific composition of potions, they do happily display their findings and use what advances have been made to further potions research. From the 1990s onward, there has been research into gaseous potions as well as experiments involving potions that utilize different energy sources than simple thermal energy in conjunction with magic. Molecular-level research is also ongoing, particularly in regards to the editor’s own focus, which involves molecular and energetic changes in transitional ingredients across all categories.

In terms of future research, Riga appears to be on the verge of adopting a newer and more updated research model that might allow for more thorough investigation of the nature of potions in the future. However, there is still a good deal of resistance in the magical world. Perhaps in the coming centuries, there may be opportunity for gradual collaboration between worlds for the advancement of the understanding of the nature of universal magical energies and its impact on magical and non-magical communities.