Laureen always wants to see her mother, but after she had got sick she had never got the chance to. Will she ever get to see her again? Read this book to find out.

Laureen carefully unfolded the letter, but eagerly, and her eyes skimmed across the page. Her face went from eagerness to terror. She jumped up, shouting, "Aunt! Aunt! You need to come now!"

"What is it?" she heard her aunt say.

"Mum's sick! She's not feeling well! It said in this letter! She's sick again!" Laureen waved the letter around in her aunt's face.

"What?" Her aunt snatched the letter from her niece, her eyes skimming across the letter. Her face went pale.

"What should we go? Go and see her?" asked Laureen eagerly.

"Good heavens! No, child! You know that you could catch the sickness from her."

Laureen's heart wept with sorrow, and she looked pleadingly up at her aunt. She really wanted to go see her mother, she hadn't for a long time. The only reason that Laureen had left her mother was because three years ago Laureen's mother had had a fever and Laureen could've caught it so she had had to come to her aunt's.

Her mother had never really completely healed after that, so Laureen had had to stay at her aunt's. Now her mother was seriously sick again!

She looked at the sunlight shining through the window and she could see the dust in the sunlight. She raised her hand, trying to catch the dust, then glanced out the window. Hope rose inside her - maybe she could - somehow - see her mother again. 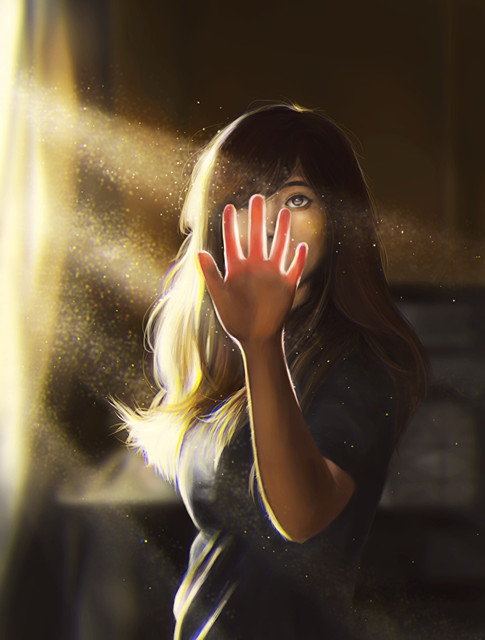