This about my life at Hogwarts, as a third year. That is all I have to say - enjoy the book!

Soon Milly and Mrs Moody were at Kings Cross.
'Through there, then,' said Mrs Moody. She was referring to the brick wall.
Milly walked forwards briskly, and slid through the wall. She looked up, smiling slightly, to see a sign reading, 'PLATFORM NINE 3/4'
Her mother was beside her side in a second. 'Have a good term, dear, and goodbye.' She gave her daughter a hug, then Milly jumped onto the train. The train started to move, and she waved to her mother until the train turned the corner. She walked down the train. Finally she spotted a compartment with only one person in it. It was a girl, with red hair and blue eyes. Milly slid open the compartment door and asked, 'Can I share this compartment with you?'
As the girl looked up, Milly recognised her as Rose Weasley. She was the daughter of Ron and Hermione Weasley.
'Hello!' said Rose. 'Yes, you can share this compartment with me.' She smiled.
'Thanks.' Milly sat opposite from Rose. 'So, you're Rose Weasley, right?'
'Yes, I am,' replied Rose. 'Who are you?'
Milly grinned. 'I'm a Moody,' she said. 'Milly Moody.'
'Oh, right.'
There was silence until the Compartment door slid open again. Another girl stood there. 'Rosy! I was going to be with you in this compartment!' the girl cried, looking suspiciously at Milly.
Rose shrugged. 'Milly and you can be in this compartment.'
'So, this is Milly?' said the girl. She glared at Milly, who raised her eyebrows.
'Aw, come on Susie! Don't complain just because I'm with another girl in the same compartment,' said Rose, rolling her eyes.
'I'm not!' said the girl, Susie, haughtily. She sat down next to Rose.
The rest of the ride on the train when pretty well. Milly and Rose had had a nice long chat about Quidditch, meanwhile Susie looking extremely grumpy.
'We're here!' said Rose, looking out of the window.
The three of them jumped off the train, and looked up at Hogwarts. 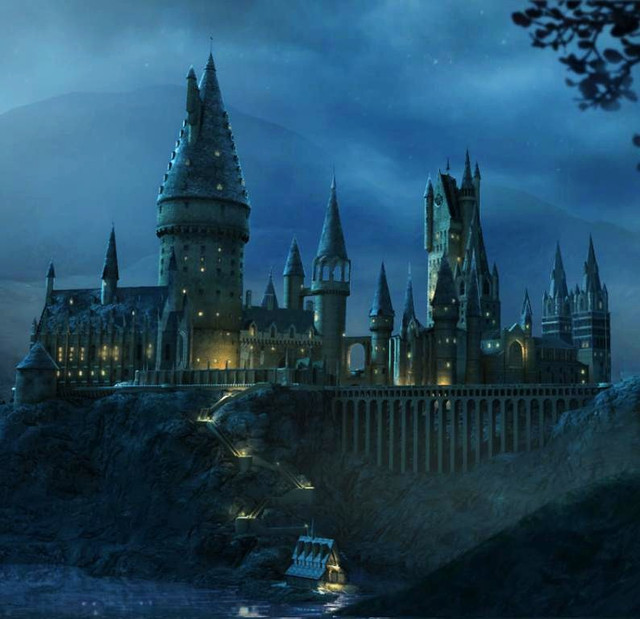 Another term at Hogwarts! Milly smiled.
Rose and Susie separated - they were going to go in another carriage with another friend. Milly waved, and got into another carriage. There were two boys in there. They said nothing when I jumped into the carriage.
The carriage started to move, and soon they had went past the gates. Milly was glad when she jumped off the carriage - she was thinking of all the delicious food in the Great Hall. Milly remembered that her younger sister was going to be sorted - she had just turned eleven.
Milly was excited. What house would she be in? She guessed Gryffindor, or maybe Hufflepuff. Someone interrupted her thoughts by clearing their throat, and Milly looked up to see McGonagall. "Moody, come now. The sorting is about to begin."
Milly nodded, and she followed McGonagall out of the Entrance Hall, into the Great Hall.
Milly could see her sister. She looked very nervous, (like all first year students always do when they have just arrived at Hogwarts), but excited at the same time.
Milly sat down on the Gryffindor table, and watched the first year students, but now and again she looked up at the teachers. McGonagall, the Headmistress, was sitting in the middle of the table, and Professor Slughorn was next to her, a balding man, with a bright expression on his plump face, and he beamed at all the students who he saw looked at him. On the other side of McGonagall was Professor Longbottom, (he was the new Herbology teacher), and Milly liked him very much. He was always so kind and he rarely got angry at you.
"The Sorting Hat will sing a song," said Professor McGonagall from the table, "before the actual sorting begins."
Then the Sorting Hat burst into song. After that was over, Professor Slughorn got up from the staff table, and he said, beaming, "Oakwood, Phoebe, please come up here and try on the Sorting Hat!" He smiled kindly as Phoebe Oakwood walked apprehensively towards him. She picked up the hat, and sat on the stool. Slowly she lowered it onto her head.
"RAVENCLAW!" The hat immediately shouted.
"King, Sylvia!"
"SLYTHERIN!"
"Bushwell, Anna!"
"HUFFLEPUFF!"
"Jayden, Olivia!"
"HUFFLEPUFF!"
"Thomson, Branwell!"
"GRYDDINDOR!"
"Green, Benjamin!"
"GRYFFINDOR!"
"Worth, Charlotte."
"RAVENCLAW!"
The list went on and on. Finally Milly's younger sister's name was called. "Moody, Bella!" called Slughorn.
Bella slowly, slowly, went up to Slughorn. He smiled warmly at her, and Milly was glad to see that she smiled back. Bella looked so small, up there. And scared.
"Come on, Bella! It's going to be okay," Milly said, quietly.
Slughorn placed the Hat on Bella's head.
There was silence for a minute, and then, "RAVENCLAW!"
Milly was so surprised. A Ravenclaw? She stared at her sister all the way as she walked down to the Ravenclaw table. She would be alright, her other sister (Lizzie) was in Ravenclaw as well. She would not be alone. But a Ravenclaw? It was fine, that she was in Ravenclaw, (of course), Ravenclaw's were nice. It's just that she had not expected Bella to be in Ravenclaw.
She shrugged, to herself, and soon dinner arrived. She tucked in, but didn't have too much (that was because she wanted room for pudding) and that soon arrived.
She didn't get to talk to Bella, because she was rushed away with the other Ravenclaws.
Milly slowly went up to the Gryffindor common room, thinking.
Hogwarts is Here © 2022
HogwartsIsHere.com was made for fans, by fans, and is not endorsed or supported directly or indirectly with Warner Bros. Entertainment, JK Rowling, Wizarding World Digital, or any of the official Harry Potter trademark/right holders.
Powered by minerva-b